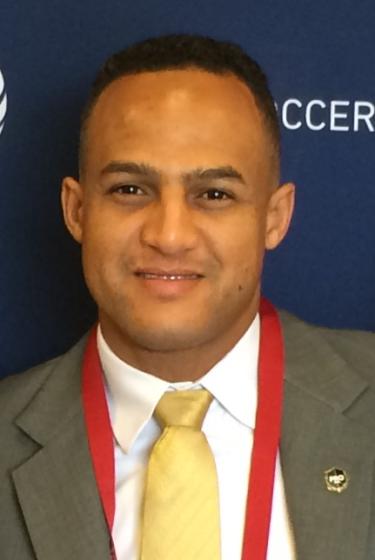 A native of Casablanca, Morocco, Ismail Elfath moved to the U.S. in 2001 at the age of 18. After graduating from The University of Texas at Austin in 2006, Elfath began a successful career in corporate IT sales. But soon his true passion took over; soccer.  Elfath is one of only 12 professional referees in the U.S. and Canada and one of only seven FIFA international referees representing the U.S.

Elfath began his career blowing the whistle in 2005 and quickly rose through the ranks. Since reaching the professional level in 2009, he now has more than 150 professional matches to his name. His success as a referee was recognized with high profile matches such as the 2015 MLS All-Star game in Denver, Colorado, matches at venues such as the Rosebowl in front of more than 100,000 fans and with world powerhouse clubs such as Barcelona, Real Madrid and Chelsea.

In addition to his world travels for soccer and corporate sales, Elfath leads a busy home life as an active Muslim-American who hosts interfaith dialogues and other community outreach programs in Austin, TX.