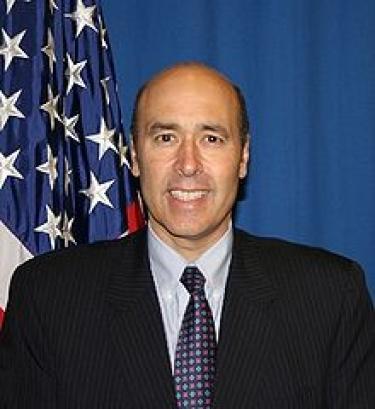 Hugo Llorens is a recently retired (December 31, 2017) U.S. Ambassador. Currently he is engaged in international business and security affairs consulting, speaks to a variety of audiences on international affairs issues, and is writing the first of three books he plans to write of his diplomatic experiences.

In 2016-2017, Ambassador Llorens served as Chief of Mission of the U.S. Embassy in Kabul, Afghanistan. Prior to his tenure in Afghanistan (2013-2016), Llorens was the principal officer in Sydney, Australia, the United States’ oldest diplomatic mission in the Asia Pacific region (established in 1836). Ambassador Hugo Llorens was the Assistant Chief of Mission (an Ambassador-level position) at the U.S. Embassy in Kabul, Afghanistan from May 2012 to June a 2013. Previous to his first assignment in Afghanistan, Llorens was Ambassador-in-Residence and a faculty advisor for diplomatic statecraft at the National War College in Fort McNair Washington DC -- the pre-eminent educational institution training senior military officers and diplomats on the art and science of grand strategy.

Llorens also served as U.S. Ambassador to Honduras from September 2008 to July 2011. Prior to his nomination and confirmation as Ambassador, he served for two years as the Deputy Chief of Mission (DCM) at the American Embassy in Madrid, where he took up his duties on September 1, 2006. Ambassador Llorens was also Deputy Chief of Mission at the American Embassy in Buenos Aires, Argentina, where he served for three years from August 2003 until July 2006. From 2002-2003, Mr. Llorens was Director of Andean Affairs at the NSC, where he was the principal advisor to the President and National Security Advisor on issues pertaining to Colombia, Venezuela, Bolivia, Peru, and Ecuador. Prior to the NSC, he served for three years (1999-2002) as Principal Officer at the Consulate General in Vancouver, Canada. From 1997-1999, Mr. Llorens was Deputy Director of the Office of Economic Policy in the Bureau of Inter-American Affairs where he helped launch the FTAA negotiations in 1998. As a veteran diplomat who began his career in 1981, he has served in economic, commercial, consular and counter drug positions in Tegucigalpa, La Paz, Asunción, San Salvador, and Manila.

Mr. Llorens received his Master of Science in National Security Studies, National War College in 1997; Master of Arts in Economics, University of Kent at Canterbury, England in 1980; and Bachelor of Science in Foreign Service from Georgetown University in 1977. Mr. Llorens has earned numerous awards for distinguished performance, including eight Superior Honor and six Meritorious Honor Awards. He is a past recipient of the Cobb Award for excellence in the promotion of U.S. business, was runner-up for the Saltzman Award for distinguished performance in advancing U.S. international economic interests, and was nominated for the James Baker Award for superior performance by a Deputy Chief of Mission. He speaks Spanish, Tagalog, and some French.