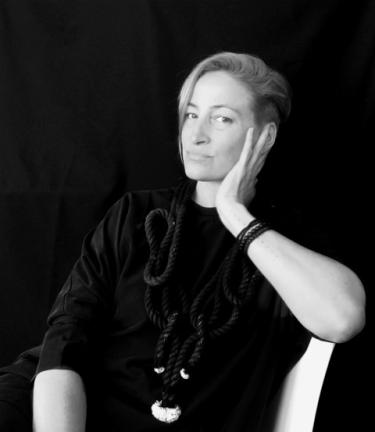 Heather Hansen is a performative and visual artist known for her kinetic drawings. She has performed and exhibited in major cities throughout Asia, Europe and the U.S. Her work been featured repeatedly by  Juxtapoz, Collosal, Fubiz, and Hi-Fructose among others.

Originally from rural Idaho, Hansen graduated from TESC in dance and theater design.  She then moved to Tokyo to study with dancer Kazuo Ohno. Her aesthetic and philosophy was greatly influenced there by the butoh and Gutai art movements; especially in relation to minimalism, the body as a tool, and process holding the same value as product. Later her style was further defined in Florence, and living in Paris where she studied classical fresco painting and contemporary dance.

Her kinetic drawing series, a hybrid of dance, film and visual art, utilizes the body as a drawing tool to transcribe movement to canvas. Through her background in dance she has a developed awareness of the patterns created in the negative space around the human body in motion. The desire to understand and bring these sensed forms into a tangible physical manifestation continues to lead her explorations through many different materials and techniques.

Hansen currently lives in New Orleans and is represented by Ochi Projects, LA