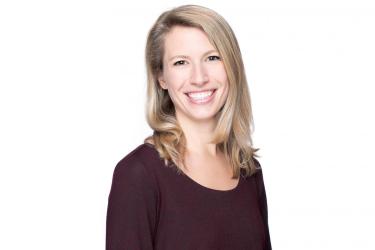 Hadley has testified before Congress and state legislatures on various policy issues. She appears frequently in radio and TV outlets across the country and is a regular guest on the Fox Business Network. Her work has been featured in publications such as the Wall Street Journal, Forbes, POLITICO, and many others.

In 2019, Colorado Senate Minority Leader Chris Holbert appointed Hadley to the Colorado Family and Medical Leave Task Force, where she served with 12 other voting members to investigate approaches to PFML and program design.

In 2016, Hadley was named to Forbes' 30 Under 30 list in Law and Policy. In 2015, the Republican National Committee honored Hadley as a Rising Star, and in 2014, she was named to the Red Alert Politics 30 Under 30 list. Hadley has also completed the National Review Institute’s Washington Fellowship, class of 2012-2013.

Hadley graduated with distinction from the University of North Carolina as a Morehead-Cain Scholar with a double major in economics and journalism. She now lives in Denver, Colorado, with her husband and children.