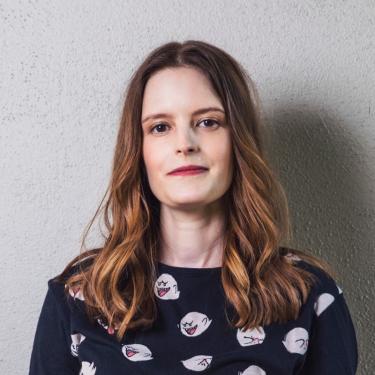 Guen Goik is an animator, compositor, XR developer and VFX artist based in Los Angeles.  As the Head of 3D at RYOT, Verizon Media’s content innovation studio, she leads an international team of artists in designing and producing Augmented Reality experiences.  Her goal is to provide valuable, enjoyable immersive experiences at scale that drive audiences to check back for more.  She has published AR for clients such as Walmart, Acura, Williams Sonoma, Smithsonian, LA Times, Huffpost and Reuters.  Her awards include a Lumiere Technology Award and a United States Patent for AR Interface Presentation.  Prior to RYOT, she worked for Hollywood studios including Fox, Warner Brothers and Nickelodeon on a wide range of projects from Vampire Diaries to Thor: Ragnarok.  She spent a year in Beijing as Head of 3D for a Chinese-New Zealand joint venture.  She studied at NYU and Gnomon.  As soon as the pandemic is over she will hop on a plane and go tour another country, preferably on a BMW G650GS motorcycle.