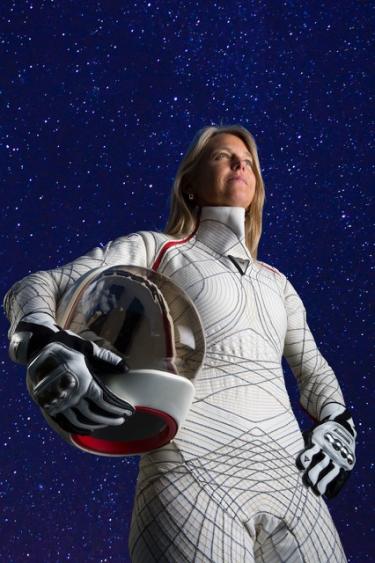 Dava Newman is a former Deputy Administrator of NASA, and Professor of Aeronautics and Astronautics and Engineering Systems at the Massachusetts Institute of Technology. She is best known for promoting the development of space activity suits, namely the BioSuit, which would provide pressure by tension in the suit's textile weave, rather than with pressurized gas. The suit is designed to help astronauts move around more easily than gas-filled suits allow. In October 2014, she was nominated by President Barack Obama as Deputy Administrator of NASA, but the U.S. Senate returned the nomination to the President in December 2014 when the 113th Congress adjourned without having confirmed her for the position. Under Senate rules, in order for Newman to be confirmed, Obama needed to re-nominate her to the Senate of the 114th Congress, and he did so on January 8, 2015. Her confirmation hearing before the Senate Committee on Commerce, Science and Transportation was held March 25, 2015, and the Committee unanimously recommended approval by the full Senate. She was confirmed by the Senate on April 27, 2015. She resigned the position upon the end of the Obama administration on January 20, 2017.