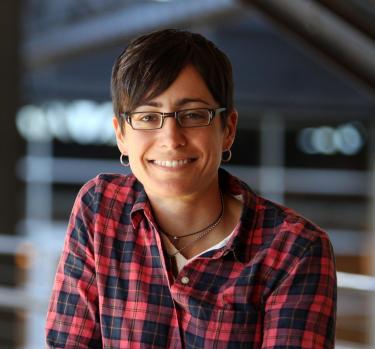 Danielle Feinberg began her career at Pixar Animation Studios in February 1997. As she worked her way from an entry level, technical job to one of the top creative positions, she crewed many of Pixar’s feature films including Toy Story 2, Monsters, Inc., Finding Nemo and The Incredibles. Feinberg rose to be the director of photography for lighting on Disney•Pixar’s Academy Award®-winning films WALL•E,  Brave and Coco.

Feinberg’s love of combining computers and art began she was eight years old. She first programmed a Logo turtle to create images. This eventually led her to a degree in computer science from Harvard University. In addition to her Pixar work, she works with teenage girls, encouraging them to pursue code, math and science by demonstrating to them the magic of combining art and technology. She was able to bring that message to a broader audience with her TED talk on the PBS Science and Wonder presentation for TED Talks Live. It was named one of the best TED talks of 2016.