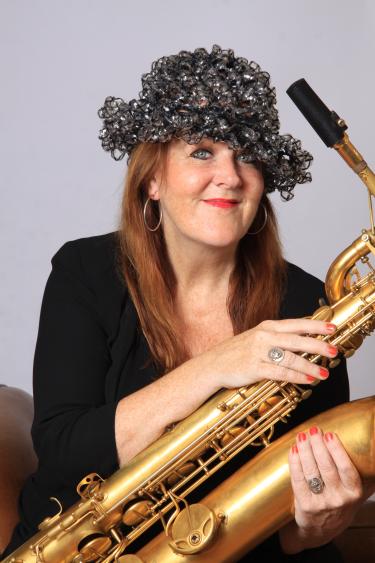 Daly hails from Yonkers, New York, and lives in New York City, traveling the world playing jazz. Her career spans genres, having played with the likes of James Brown, Aretha Franklin, Robert Palmer, Taj Mahal, Sahib Shihab, Jimmy Heath and Jeff “Tain” Watts. She has been a regular in the Downbeat and JazztTimes magazine polls since 2000, winning awards, playing live and recording with countless artists. Her Baritone Monk CD, produced by North Coast Brewing Co., was used to promote their Brother Thelonious Ale and was on the jazz radio charts for 24 weeks. All proceeds go to furthering jazz education at the Thelonious Monk Institute of Jazz in Washington, D.C.

Daly has performed as a leader with her band at the Monterey, Healdsburg, Litchfield and Perth International jazz festivals, the Kennedy Center, Dizzy's Club at Lincoln Center and many more venues. She has written feature articles in jazz magazines as well as liner notes. She and pianist Steve Hudson composed "The Mary Joyce Project,” written about her father’s cousin who made a 1,000-mile dogsled journey from Juneau to Fairbanks, Alaska, solo, in 1935.