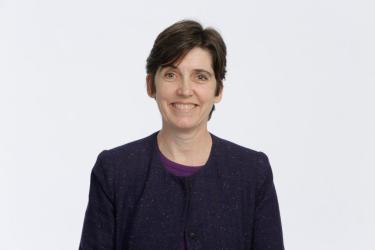 After graduating from Yale University, Ann Reynolds began her career at the ABC network in the 1980s as a producer/director at Good Morning America. Her work there covered everything from science and medicine to underwater shoots off St. Thomas, fashion week in Paris, and small-town life in the heartland of Indiana.

In 1993 Reynolds joined the weekly documentary series Turning Point, producing original hours and writing the on-set portions of the program for Diane Sawyer, Barbara Walters and other ABC correspondents. High-rating hours featured drunk driving, the Dilley sextuplets and alternative medicine. Reynolds returned to Good Morning America in 1999 as the senior producer in charge of all taped segments and series. In 2003 she became a senior producer at Primetime and 20/20. She also helped start ABC’s digital broadband channel, ABC News Now.

In 2008 Reynolds began work in ABC’s Longform Unit/Lincoln Square Productions, which produces original documentary hours and multipart series such as Elvis: Viva Las Vegas, Secrets of the Sistine Chapel, 19 hours of the limited series Medical Mysteries and two Beyoncé specials. Her book Medical Mysteries (based on the series) was published in 2009 by Hyperion.

Since 2011 Reynolds has been senior producer for ABC News Specialized Units, working on blockbuster specials including Jaycee Dugard, Jacqueline Kennedy: In Her Own Words and two hour-long programs on global health with Dr. Richard Besser.

Reynolds has won four Emmys (and been nominated for more), a DuPont, two Peabodys, and an Edward R. Murrow Award, among others.