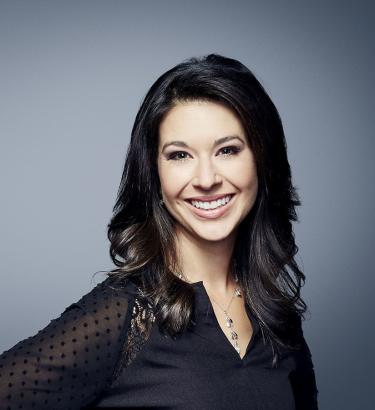 Throughout her tenure at CNN, Cabrera has extensively reported on everything from the COVID-19 pandemic, politics, to natural disasters, to mass shootings and more.

Cabrera's political coverage includes reporting and analysis of the 2020 presidential election, the attack on the U.S. Capitol, and President Donald Trump’s historic two impeachment proceedings. In addition, Cabrera hosted multiple 2020 Democratic presidential candidate town halls and traveled around the country to speak with voters, keeping CNN viewers updated on the pulse of the national electorate. She also regularly provides in-depth coverage of the #MeToo movement and immigration issues.

Cabrera has also anchored many of CNN's top breaking news stories, including nationwide protests following the death of George Floyd, the deaths of basketball legend Kobe Bryant and Senator John McCain, Hurricanes Harvey and Maria, the Southerland Springs, Tx. church shooting, the London Bridge attack and the deadly Unite the Right Rally in Charlottesville, Va. Following a ruling for increased sanctions on North Korea, Cabrera was one of the first reporters to interview then-U.S. Ambassador to the United Nations Nikki Haley about the matter.

Cabrera joined CNN as a correspondent in 2013, based in Denver. More recently she was part of the CNN Investigative team that revealed systemic failures in reporting, investigating and tracking alleged sexual abuse at elderly living facilities. She covered the unrest in Ferguson, Mo. following the shooting of Michael Brown. Cabrera landed exclusive interviews with the St. Louis County Prosecuting Attorney while the grand jury was hearing the case and the Police Chief following his long-awaited public apology. She also did extensive enterprise reporting on the marijuana legalization movement, and her pot pesticide investigation resulted in the recall of thousands of pot products in Colorado.

Prior to joining CNN, Cabrera was an anchor for the top-ranked daily morning news program at KMGH-TV 7 News, the ABC affiliate in Denver. She earned an Emmy Award for her in-the-field anchoring as a part of the 7 News morning team that was honored for its High Park Fire coverage in 2012. She and the 7 News morning team were also honored with the Associated Press TV and Radio Association's Annual Mark Twain Award for Best Morning Show Broadcast in 2013.

From 2005 to 2009, Cabrera was an anchor and reporter at NBC affiliate KHQ-TV and FOX affiliate KAYU-TV in Spokane, Washington. Cabrera began her broadcasting career as an intern for Denver's CBS affiliate KCNC-TV and KMGH-TV.

In 2019 Cabrera was awarded with the National Hispanic Media Coalition Impact Award. Previously she has served on the Board of Directors of Mi Casa Resource Center and on the board of the American Cancer Society.

Cabrera is a graduate of the Edward R. Murrow College of Communication at Washington State University. As a distinguished alumnae, she is a member of the Murrow Professional Advisory Board and in 2019 was honored as an inductee into the Murrow Hall of Achievement.