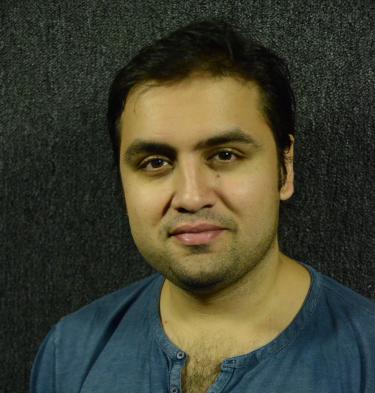 Amar C. Bakshi is the founder and creative director of Shared_Studios, a multidisciplinary art, technology and design collective dedicated to carving wormholes through the world. His work focuses on connecting people who likely would not otherwise meet. In particular, he creates novel digital–physical environments where members of diverse communities can interact. In 2014, Shared_Studios launched the global public art initiative, Portals.

Since launch, Portals have connected more than 30,000 people across 20 countries in one-on-one dialogues. They have engaged tens of thousands more in collaborations, classes and performances. Community partners have built permanent Portals in Syrian refugee camps, American inner cities, universities and public parks.

After graduating from Harvard University in 2006, Bakshi joined the Washington Post, editing an international affairs blog that connected 75 international journalists in discussion about issues of the day. While in this role, he visited 12 countries, creating text and video vignettes for the video blog How the World Sees America.

Bakshi has worked as special assistant to the U.S. Ambassador to the U.N. Susan Rice and as world producer and managing editor of the Global Public Square for CNN. He is a Truman Scholar and Soros Fellow, has given numerous lectures and has appeared on media outlets including NPR, BBC, ABC, MSNBC, and CNN.

Bakshi holds an MA from the Johns Hopkins School of Advanced International Studies and a JD from Yale Law School.