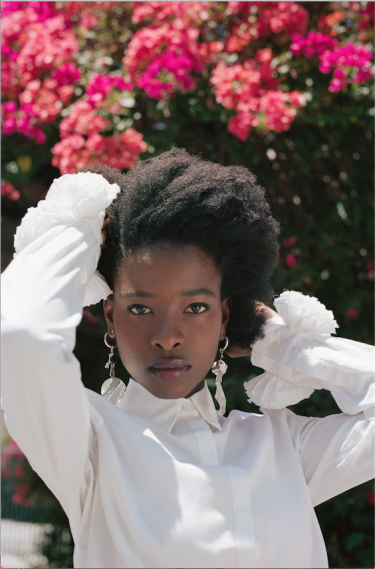 Gorman is an ambassador for the online platform for teen girls, schoolofdoodle.com. An award-winning writer, she is founder and executive eirector of the organization One Pen One Page (onepenonpage.org),which promotes literacy among youth through creative writing programming, an online magazine and advocacy initiatives. She has been a HERlead Fellow in Washington, D.C, a HERlead Global Delegate in London at the TrustWomen Conference and a United Nations Youth Delegate to the United Nations Headquarters in NYC.  She introduced Secretary Hillary Clinton at the 2017 Global Leadership Awards and was recognized as a spoken word ambassador by First Lady Michelle Obama at the White House. She has been honored with a special resolution from the Board of Library Commissioners, an Outstanding Community Service Award by the City of Los Angeles and certificates of recognition for her leadership by the California State Assembly and mayor's office. Her work has appeared in The Wall Street Journal, The Huffington Post, Elle.com, and award-winning anthologies.

Her literary awards include national recognition from Scholastic Inc and YoungArts. A 2017 OZY Genius Grant recipient, she is directing a virtual reality film exhibit. She is a sophomore at Harvard University, where she studies political science and creative writing and spends too much time in the Charlotte Brontë section of the library.