The Ebert Interruptus series is one of the most beloved Conference on World Affairs traditions. It's a four-part event showcasing a film along with in-depth analysis with the host. Film critic and author Josh Larsen will return to the conference for his fourth year to host the 2020 series bringing this year's feature: Cleo From 5 to 7. 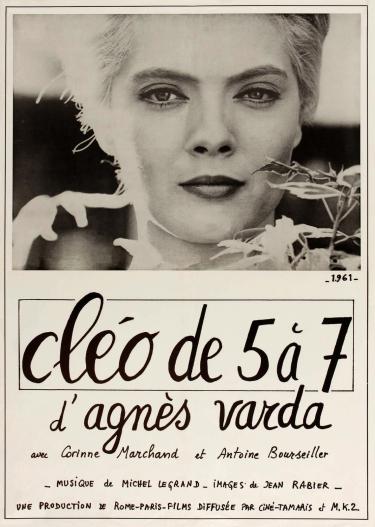 We asked Josh some questions about this year's event:

Can you give a brief teaser of this year’s film Cleo From 5 to 7 for those who may have never heard of it before?

Cleo From 5 to 7 is the best film of the French New Wave that you might not have heard of. Written and directed by Agnes Varda, it follows a few anxious hours in the life of a singer (Corinne Marchand) who is waiting to hear results of a critical medical test. In form and theme, it stands alongside - if not above - revered classics in the French New Wave like The 400 Blows, Breathless, and Jules and Jim.

This is Interrutpus’ first focus on a female-directed film. Did you choose it intentionally because of the many conversations currently about women’s underrepresentation in the film industry?

We've been zigging and zagging from Interruptus tradition the last few years - choosing more recent films, as well as dipping into the comedy, action, and animation genres - so Cleo is a way to zig again (focus on a woman director for the first time), while also returning to the classic film canon. Certainly, it's high time that Interruptus focus on a female filmmaker, but it's also timely to celebrate Varda, a giant of the French New Wave who didn't really get her due until recent years.

What can you tell us about Varda that fans of Interruptus might find interesting?

Varda was right there at the start of the French New Wave. Her debut, La Pointe Courte, came out in 1955, four years before Francois Truffaut's The 400 Blows and five years before Jean-Luc Godard's Breathless. Cleo From 5 to 7 - the most "French New Wave" of her films - came out in 1962, and she followed that over the years with various shorts, documentaries, and at least one other masterpiece: 1985's Vagabond. After the 1990 death of her husband and fellow French New Wave master Jacques Demy (The Umbrellas of Cherbourg, The Young Girls of Rochefort), Varda continued to make increasingly personal feature documentaries, including two recent, highly acclaimed docs: Faces Places and Varda by Agnes. She was experiencing a well-deserved resurgence of critical attention right up to her death on March 29, 2019.

You said this film was a favorite of Roger Ebert’s?

As we're also celebrating the 45th year of Ebert Interruptus, it seemed especially fitting to choose a film that Roger adored. He gave Cleo his coveted, 4/4 star rating and wrote this of the film in 2012: "Cleo from 5 to 7 plays today as startlingly modern. Released in 1962, it seems as innovative and influential as any New Wave film." Roger, who knew just about everyone in the film world, had also interacted with Varda, of course, and said in that same review that she was "one of the nicest people I have ever met."

Catch this year's four-part Interruptus series with a full showing (Uninterruptus) of the film on Monday, April 6 at 3:30- 5:30 p.m. and the following three Interruptus' Tuesday, April 7, Wednesday, April 8 and Thursday, April 9 at 3:30- 5:00 p.m. in Macky Auditorium on the CU Boulder campus. Free and open to the public.