I'm attracted by the concept of building things that last without having to be repaired or fixed or upgraded. 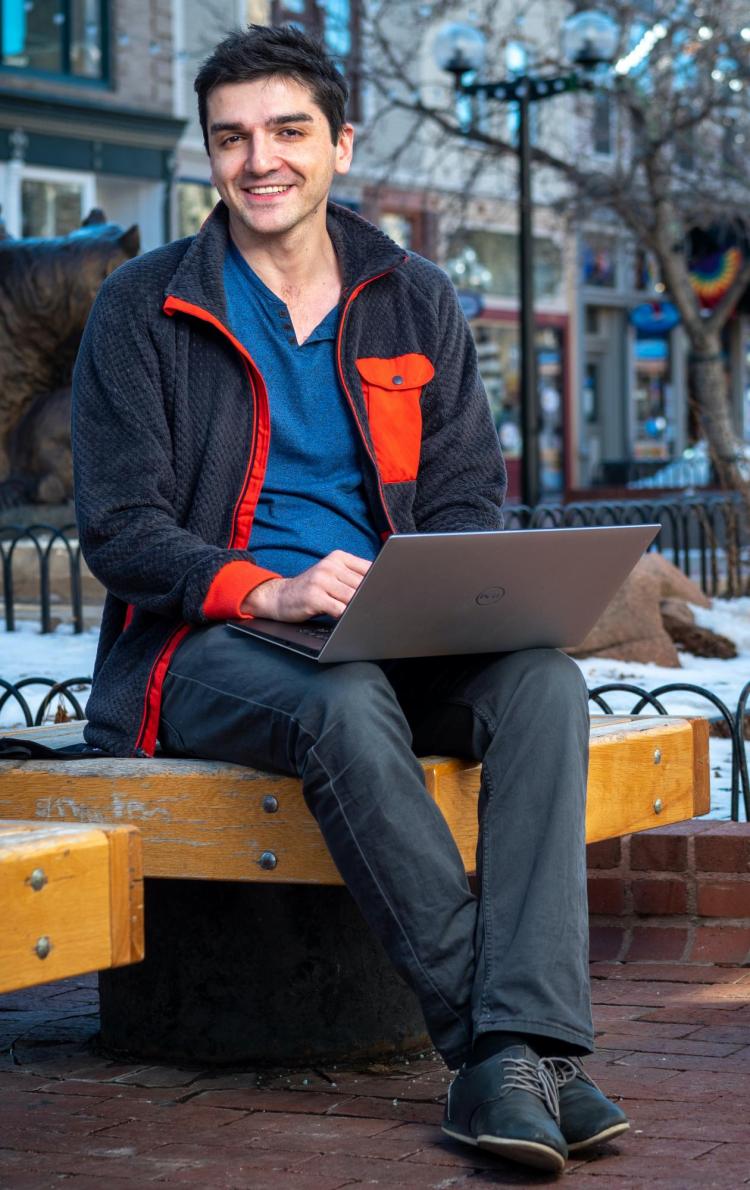 Some children might have seen a record player and thought, “Let me play something loud.” Keivan, on the other hand, preferred to silence the music.

“I loved to pull machines apart to see how they worked — and it was one of these players with the vacuum style,” he said. “My parents were fine with it as long as I was able to put it back together. That second part was in doubt.”

Luckily, the family was soon able to enjoy tunes again in their Brisbane, Australia, home.

“I was happy I was able to get it to work again,” Keivan said with a laugh.

There would be more difficult nuts to crack in the machine world, including unmanned autonomous vehicles (UAVs). In many ways, they were still in their infancy when he was an undergraduate student at the University of Queensland. He was team leader for Project Andromeda, which set out to expand the future of UAVs.

The project didn’t succeed financially but gave him knowledge he could take to his next destinations.

“At the University of Colorado (continuing on a lab from George Washington University), my focus was on research and using cameras and initial sensors to build maps of the environment and determine where a robot is,” he said. “The influence of this work continues to this day and helped at CANVAS.”

Keivan is the chief technology officer and co-founder of CANVAS Technology, along with lab-mate Juan Falquez (PhDCompSci’18). The company created an autonomous cart that was acquired by Amazon in 2019.

“The carts primarily used computer vision and cameras to build continuously updated maps of the environments they operated in so they could estimate their own location,” Keivan said. “Images from the cameras were also used to detect and avoid obstacles along the carts’ path. Operators could configure waypoints and routes through a web-based interface, allowing them control over the actions of the fleet of carts.”

“I’m attracted by the concept of building things that last without having to be repaired or fixed or upgraded,” he said. “Making something truly useful is hard to do, and they have to be properly designed to be functional. The (Amazon) purchase was a nice point of validation for us and is exciting. ... It has potential for a great partnership.”

Where can autonomous robot technology lead? It’s tough to say, but Keivan is excited to find out.

“It’s in the zeitgeist, and you can see the benefits,” he said. “They are mostly in being able to cut the expense of doing, making and transporting. Historically, it has led to improvement in quality of life, but we still need to continue to have an awareness to do it responsibly and be aware of consequences. But that itself is in the zeitgeist, too.”