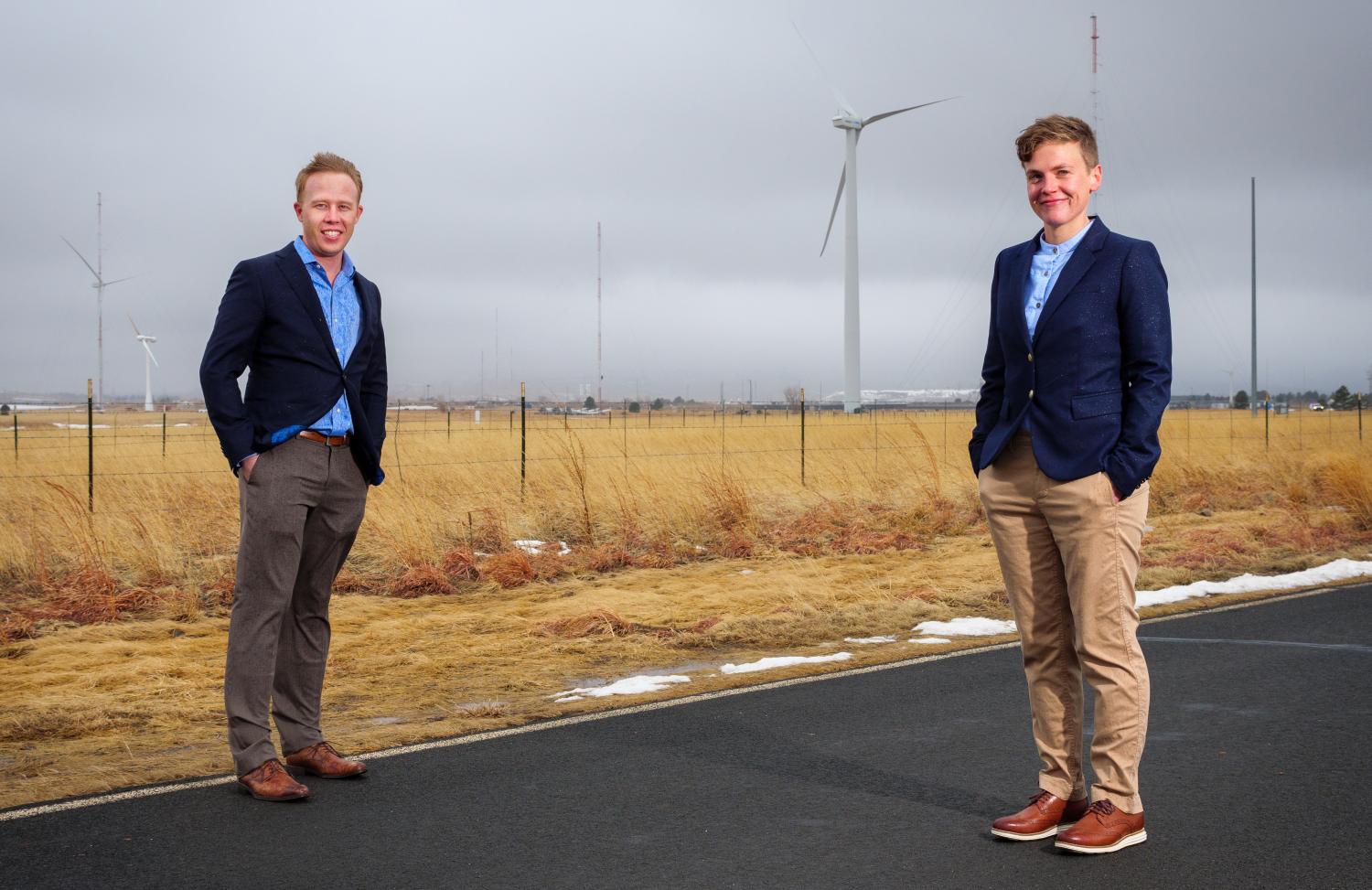 Researchers tackle climate change with algorithms to optimize energy use.

We have a unique and valuable opportunity to collaborate with the national renewable energy laboratory. 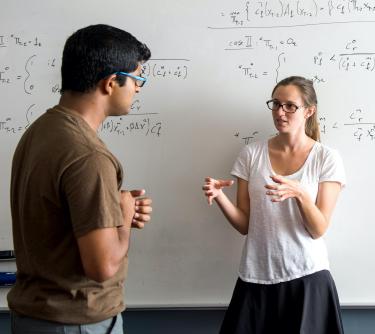 Kaitlyn Garifi in the classroom with a student

When we flip a switch, the light bulb comes on. We don’t think about whether that electricity was made by solar power or fossil fuels. We don’t think about the distance it travels across power lines to be delivered to our homes. And we certainly aren’t thinking about what switches our neighbors have on and how the combined requests may strain the energy grid.

We just expect the bulb to shine bright.

But if city, state or international goals — like transitioning to 100 percent renewable energy — have any hope of being met, that journey will have to be streamlined while also accounting for things like user habits, weather conditions, market costs and other variables.

That kind of optimization work is a key aspect of addressing climate change on a large scale and something Kaitlyn Garifi, a recent PhD graduate in electrical engineering, worked on every day.

Garifi’s work focused on designing algorithms to optimize the amount of renewable energy used in the power grid, which decreases the amount of fossil-fuel-based electricity generation needed to satisfy the demand at any given time. In one recent project, she designed an algorithm to reduce the wasting of power produced by large wind farms far away from city centers by temporarily and safely increasing the capacity of large transmission power lines at key times.

“That allows the powerlines to transport a larger amount of wind power from where it is created to areas of higher population density and electrical demand, instead of using fossil fuel-based generators,” she said. “Ideally, we could dispatch the generators at lower amounts at those times, using more wind energy instead — even planning ahead and optimizing using forecasts. Meaning we don’t need to burn as much gas or coal.”

“At CU, we have a unique and valuable opportunity to collaborate with the National Renewable Energy Laboratory, and many of my students have worked or currently work part time at NREL,” said Baker, who is based in the Department of Civil, Environmental and Architectural Engineering. “This exposes them to cutting-edge research from multiple perspectives, and helps them become well-rounded engineers ready to tackle problems in power and energy.”

Associate Professor Bri-Mathias Hodge’s lab also has a deep connection with NREL, where he serves as the chief scientist in the Power Systems Engineering Center. His student
Kate Doubleday will soon complete her PhD in power systems engineering, focusing on how to integrate renewable energy into existing power grids.

“Because they are mandated to always provide reliable electricity to their customers, (utilities) tend to have a more conservative mindset,” she said. “With the large-scale changes to their generation sources that are going on, they tend to err on the side of too conservative, which has high-cost impacts and doesn’t take full advantage of carbon-free electricity.”

The energy grid isn’t the only opportunity to use algorithms to battle climate change. Associate Professor Claire Monteleoni’s lab uses machine learning to explore how extreme weather events are related to climate change.

The projects she leads are part of a new interdisciplinary field called climate informatics. It’s a discipline she helped create wherein researchers apply approaches from artificial intelligence, machine learning, statistics and data science to the field of climate change with fascinating results.

On the Grid
END_OF_DOCUMENT_TOKEN_TO_BE_REPLACED
Return to the top of the page