When I heard about the (partnership) program, it was the best of both worlds.

In 2018, the CU Boulder College of Engineering and Applied Science launched a partnership program with Western Colorado University’s Paul M. Rady School of Computer Science and Engineering. The program allows students to earn Bachelor of Science degrees in computer science or mechanical engineering as graduates of CU Boulder. They complete their first two years as Western students, and the balance of their education as CU Boulder students, all while remaining on the Western campus in Gunnison, Colorado.

Forty students enrolled in the inaugural class in fall 2019, and they’re already making their mark.

“We are fortunate to have these talented students as part of our CU Engineering community,” Interim Dean Keith Molenaar said. “We look forward to working with them on their journey to becoming professional engineers and scientists.”

Here is a look at two of the stand-out students of the Class of 2023 who are taking advantage of the opportunity to get their CU Boulder degrees in a small-school atmosphere. 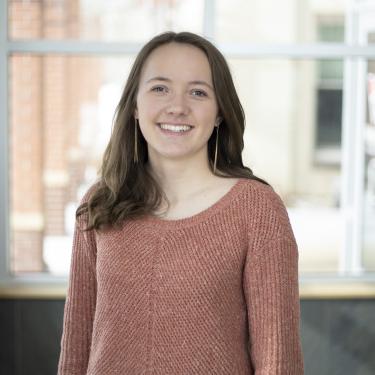 Working in aerospace has been at the top of Victoria Bowen’s list for a while.

While searching for the right college to get her to NASA, she found touring giant lecture halls intimidating. CU Boulder’s partnership program with Western offered her the best of both worlds: a prestigious degree and intimate classes.

“I was like, ‘Well, like that’s pretty much perfect,’” Bowen said. “It’s awesome getting one-on-ones with professors; you can get your questions answered in class, and that helps me succeed.”

Bowen is pursuing a degree in mechanical engineering, moving toward her goal of working on “anything with airplanes or satellites or rockets.”

In this smaller program, she knows everyone in her engineering classes. She and her classmates even have a group text where they can reach out for help understanding concepts from class. 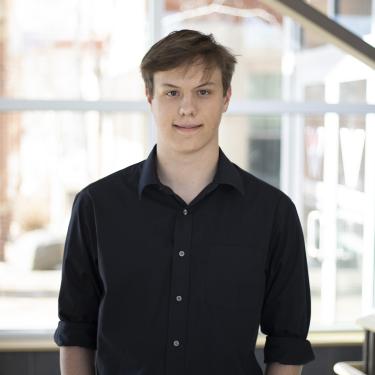 Now, the first-year student from Green Mountain Falls is pursuing a bachelor’s degree in computerscience through the partnership program.

In an attempt to build his own video game in middle school, Marquardt learned his first computer language, Java. In high school, he saw that goal come to fruition in a programming class, followed up by an independent study for computer science and AP Computer Science Principles.

His interest in the industry only grew as he learned about cybersecurity and attended a conference focused on the field.

“I find it super interesting, all that goes into the encoding and cryptography, playing both sides of making it easy to use while not easy to hack,” Marquardt said.

His career goals lie in that field now, likely in private sector penetration testing where he can assess other companies’ security systems.

Marquardt knew he wanted to go to CU Boulder to learn in the outstanding computer science program, but he prefers studying in a smaller environment.

“When I heard about the (partnership) program, it was the best of both worlds,” he said. “I end up with a degree and an education from Boulder, but I get to be in Gunnison and I get that small-school, more one-on-one teacher aspect.”

Issue: Spring 2020 Issue
Return to the top of the page