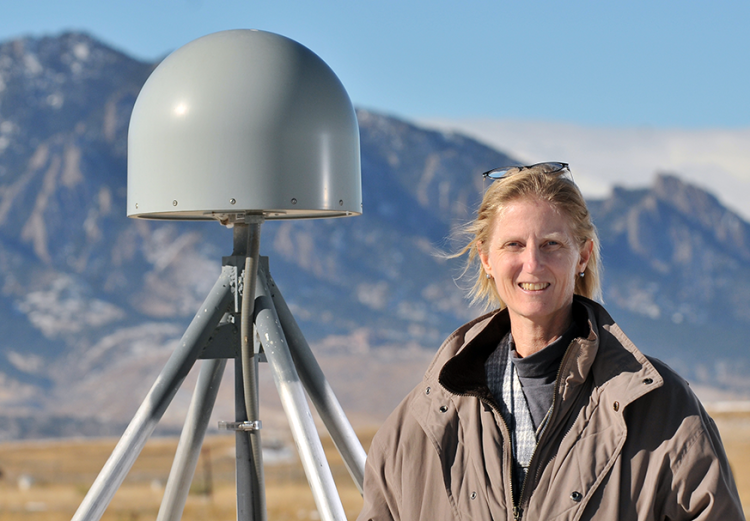 Kristine Larson became the first GPS researcher to be inducted into the National Academy of Sciences.

When Kristine Larson began her research in the 1980s, GPS was little known to the public, and a single receiver cost $150,000.

“When I started, no one had heard of GPS. I couldn’t tell my family what I did,” said Larson, professor emerita in the Smead Department of Aerospace Engineering Sciences.

Today, GPS is everywhere, but Larson has stretched and reshaped the technology, inventing methods to use it for everything from measuring Arctic ice sheets to monitoring soil moisture on farms.

Earlier this year, she became the first GPS researcher to be inducted into the National Academy of Sciences. She sees the induction as a recognition not just of her work but GPS science as a whole.

“It was an unexpected and welcome acknowledgment of the research ideas that I pursued because they were fun and interesting. It’s also a recognition of GPS and its importance,” Larson said. “Thirty years ago, no one in the National Academy was talking about GPS. A lot has changed.”