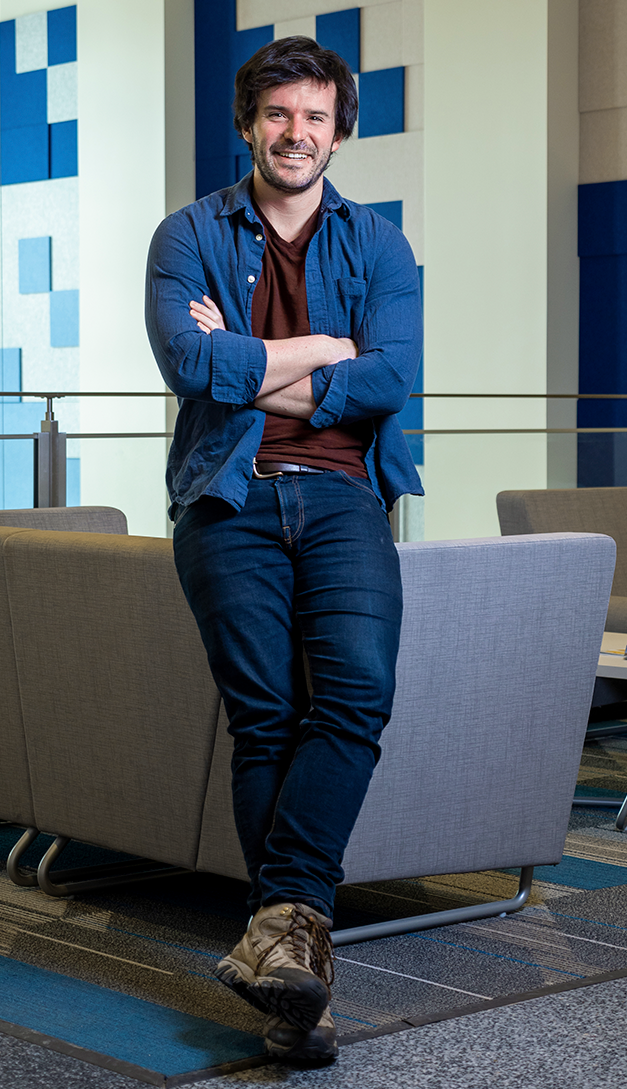 Azofeifa is the founder of Arpeggio Biosciences, a startup company that grew out of his research as a graduate student at CU Boulder.

“It’s a general problem in pharmaceutical work that we don’t understand the mechanism of why a particular drug works for a particular person,” Azofeifa said. “We can see that a drug is working, but not why.”

Arpeggio pinpoints a drug’s mechanism of action by distinguishing primary drug targets from aftereffects that can obscure the message. This is priceless information for pharmaceutical companies, which waste millions of dollars and years of research and development on drug candidates that fail due to misunderstood mechanisms.

The key for Arpeggio is combining genomics with machine learning.

“We’re collaborating across disciplines. Half of the company team is software and half is in a lab with pipettes,” Azofeifa said.

The company’s patent-pending process monitors how RNA changes over time when exposed to drugs. Past researchers have looked at RNA—which acts as a messenger carrying instructions from DNA to where proteins are assembled—but only at the end of experiments. Arpeggio is doing it continuously to pick up on changes throughout a drug’s action.

Its algorithms are able to transform a sea of previously indecipherable genomic data—the human genome has some 3.2 billion base pairs—into a gold mine of crucial information for drug development and patient selection in medical trials.

With seven employees, six of whom are CU Boulder graduates, Arpeggio is a small but growing company. Its offices will be familiar to many engineering alumni; it’s located in the Jennie Smoly Caruthers Biotechnology Building, one of several businesses with university connections sharing campus facilities.

Arpeggio has already worked with more than 20 companies and completed a round of fundraising last summer that brought in $3.2 million.

“I originally wanted to just do science for science’s sake, but I love that we are solving real-world problems in health and medicine,” Azofeifa said. “Creating safer and more effective drugs? Heck, yeah.”