An entrepreneur, to me, is a person who sees an unmet need. When you know that you have to solve this problem, you become an entrepreneur in that moment.

For the roughly 100 million Americans living paycheck-to-paycheck, the financial services industry can be confusing, burdensome or downright exploitative. Late fees, overdraft penalties and predatory payday loans can turn a temporary setback into a crippling cycle of despair.

But what if you could access your own earned money before payday—seamlessly, confidentially and at little to no cost? That’s the promise of PayActiv, a 5-year-old company led by founder and CEO Safwan Shah (MSElEngr’90, PhDAeroEngr’94).

Shah said the venture was driven not by an entrepreneurial impulse but by the perennial calling of an engineer: to solve problems.

“Entrepreneurship was entirely accidental,” Shah said. “An entrepreneur, to me, is a person who sees an unmet need. When you know that you have to solve this problem, you become an entrepreneur in that moment. When problem-solving is pursued with laser focus, entrepreneurship ensues.” 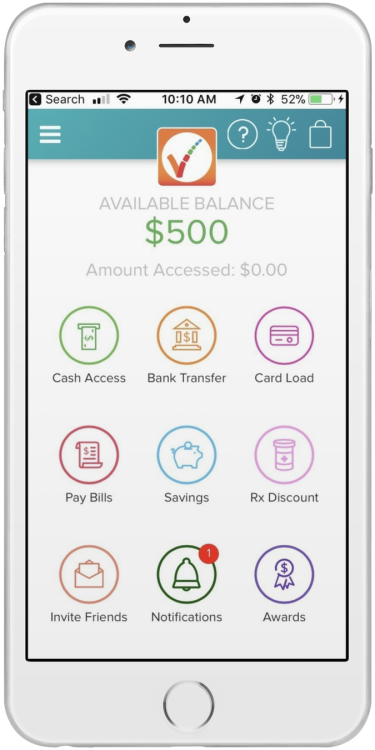 PayActiv connects with companies’ payroll systems to offer hourly employees instant access to their already earned but unpaid wages before the designated payday via a mobile app, ATM or the web.

For $5 per two-week pay period, employees can access a portion of their earned income at the click of a button without accruing any debt. Users can transfer funds to their bank account, load prepaid cards or PayPal, get discounts, make purchases on Amazon or use Uber within the same app. The platform also provides financial planning and budgeting tools, along with analytics for employers.

In many cases, employers subsidize the transaction fee as a benefit to employees, reporting higher job satisfaction, easier recruitment and lower turnover as a result. More than 500 companies large and small use PayActiv, including the world’s largest private employer, Walmart, and nonprofits like Goodwill.

Today, almost a million people have used the service, and PayActiv has already facilitated more than $2 billion. The concept also has proven attractive to investors, who have contributed $37 million to date.

From aerospace to Silicon Valley

Developing a technologically sophisticated platform was a natural fit for Shah, who grew up in Pakistan with an engineer father who built power lines and dams across the nation. Attracted by the Western novels of Louis L’Amour, Shah arrived in Colorado in January 1989 to pursue a master’s degree in electrical engineering.

Marvin Luttges, whom Shah considers his greatest benefactor, encouraged him to return after his master’s for a PhD in aerospace engineering, and Shah joined BioServe Space Technologies, where he conducted several experiments in service to the U.S. space program.

After graduation, Shah moved to Silicon Valley, worked for a few years, dabbled in several companies and then in 1999 founded Infonox, a financial transaction company that became the backbone of the global gaming industry over the next decade by developing the world’s first biometric ATM.

A year after selling the company to TSYS for $90 million and retiring at 45, Shah began to wonder: What’s next? Teaching MBA students at Berkeley and undergrads at UC Santa Cruz followed. He also earned an executive MBA from Stanford. All this while looking for his ultimate purpose, that one thing to which he could dedicate the rest of his life.

‘He has enormous empathy’

While his time at CU Boulder built Shah’s technical chops, it also exposed him to financial hardship that would later inform the mission of PayActiv. Already earning a graduate student’s meager income and thousands of miles from home, Shah went through a divorce that left him deep in debt.

That experience allowed Shah to appreciate the challenges so many face, said David Carlick, an investor and PayActiv board member.

“He has enormous empathy, and that empathy is a big part of how he selected the mission of PayActiv,” Carlick said. “Safwan’s mission, which I adore, is not only to loosen up the assets that you have, which is your own earned money, but also to ultimately provide people with access to low-cost, really fair financial tools.”

Engineers in Silicon Valley may not solve the root issues of wage stagnation or unfair lending practices, Shah said, but for lower-income workers, PayActiv can go a long way toward providing security, savings and dignity.

This fall, Shah will accept the CU Boulder George Norlin Award, an acknowledgment of his achievements and recognition of his efforts to improve society.

But friends say personal satisfaction is far more important to Shah. Steve Simske, his graduate school colleague, said the person Shah most seeks approval from is himself.

It’s About TIME: How Businesses Can Save the World showcases his original ideas in short essays.