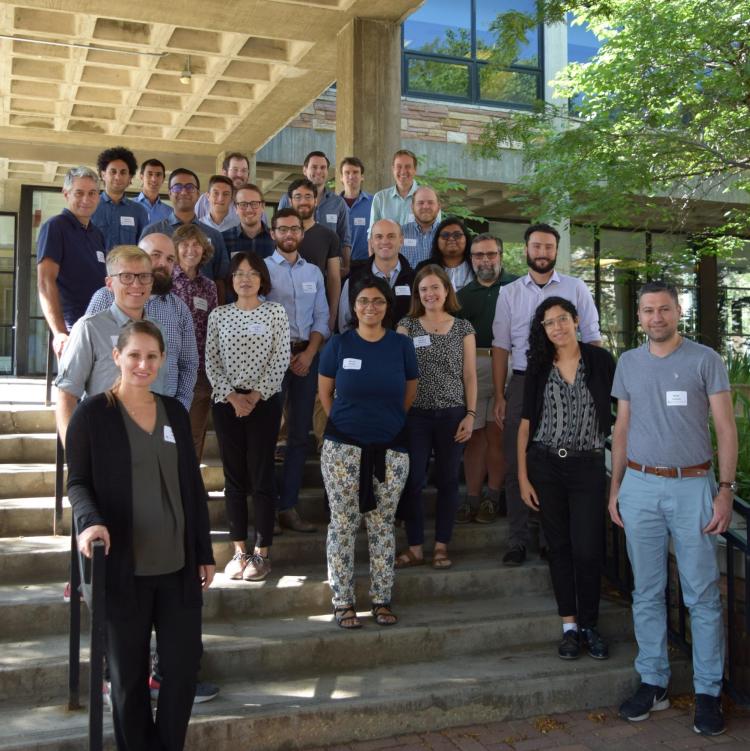 CU Engineering has hired 66 tenure-track faculty and more than 35 instructional faculty members in the past three years – a hiring rate almost unheard of in higher education.

Twenty-nine percent of the tenure-track hires were women, and 23% were hired at the associate professor level or above, meaning they already had a few years of teaching and research under their belts.

Faculty members have been hired for both department-level positions and in new interdisciplinary searches that represent focus areas where the college is looking to build capacity. This year, that included hypersonics, quantum information systems and imaging science.

The college’s efforts to increase diversity among faculty and students has resonated with candidates, said Joann Silverstein, associate dean for faculty development. The opportunity to innovate in teaching and the interdisciplinary nature of the campus and college was also a big draw.

Hope Michelson is joining mechanical engineering as an associate professor in 2020 after spending 20 years at Sandia National Laboratory. At Sandia, she said, most of her collaborations were with people outside her institution, so she’s looking forward to more face-time with her fellow faculty.

“The department is extremely collaborative and super friendly,” said Michelson, whose research focuses include soot formation during combustion and black carbon evolution in the atmosphere. “I’m really looking forward to having those kinds of relationships at work.”

While she will be relatively new to teaching, the ability to work with the next generation of engineers was part of the attraction to CU Boulder.

“I’m really excited about working with students and having that new, fresh energy and a different perspective on things,” she said.