Johnson returns to her roots 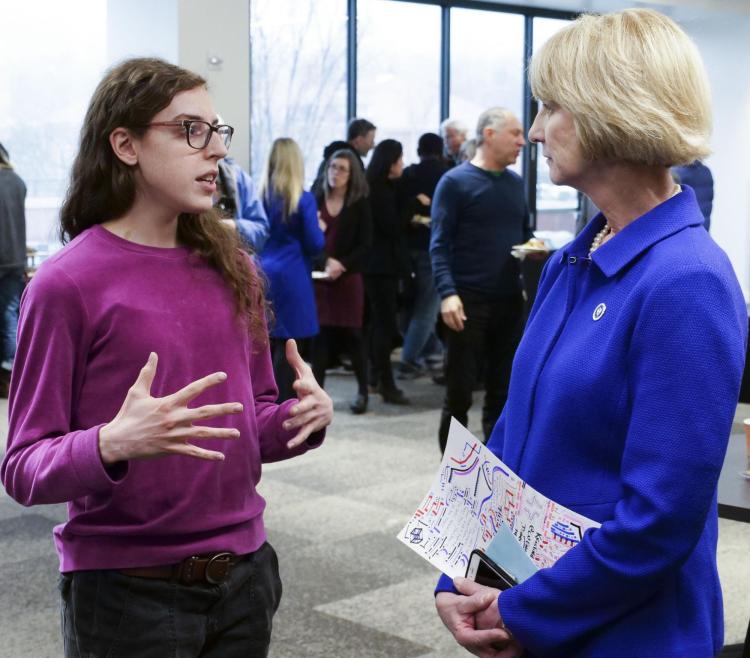 For the second installment of the Dean’s Speaker Series, Bobby Braun sat down for a chat with Kristina Johnson, chancellor of the largest university system in the nation (State University of New York) and a former Obama appointee in the U.S. Department of Energy. The two discussed her experiences as an entrepreneur, her leadership philosophy and much more before an engaged crowd of students, faculty and alumni on May 1.

Johnson, who is a former faculty member in the Department of Electrical, Computer and Energy Engineering at CU Boulder, also took time to visit her old stomping grounds during a meet-and-greet with the Women in ECEE student group, in addition to sharing her experiences with students during lunch in the BOLD Center.

During her chat with Braun, she looked back on some of her accomplishments at CU Boulder, including co-founding the Optoelectronics Computing Systems Center in the late 1980s. She said she still remembers how it felt to be well-established as a researcher for the first time.

“Today I was asked by a faculty member, ‘What was the best part of your career?’” she said. “And I have to say, it was 1993–95, after we got the labs up and running, and we had graduate students. I got tenure, and I just really embraced it and ran with it.” 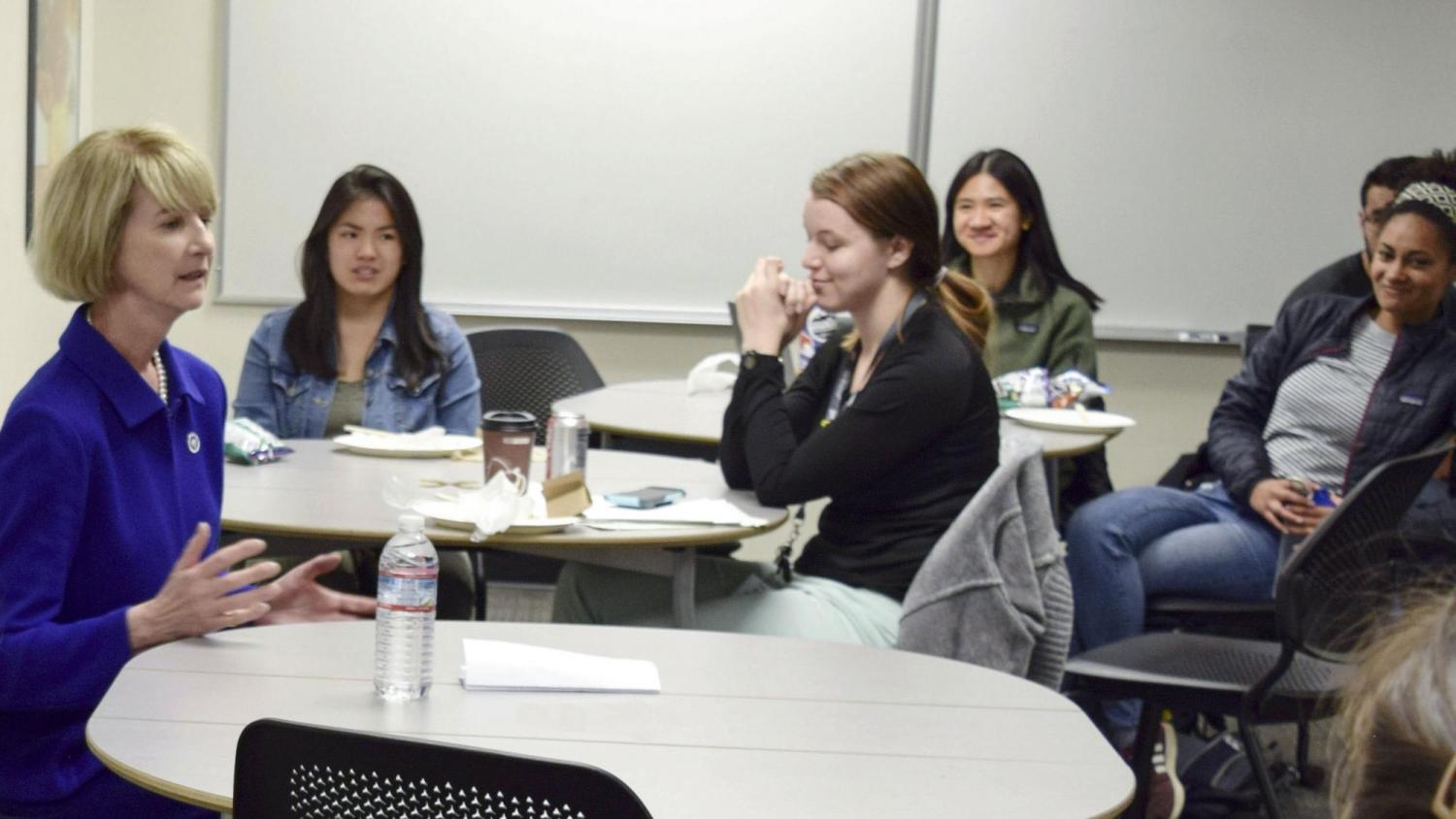 Keeping your eye on becoming an engineer and facing that initial barrier and being resilient and persistent – after that, you can do anything.

During the Q&A portion of the evening, an undergraduate student asked Johnson how she remains so versatile as an entrepreneur, educator and leader. She credited her engineering education.

“Engineering is hard – at least I found it hard,” Johnson said. “So keeping your eye on becoming an engineer and facing that initial barrier and being resilient and persistent – after that, you can do anything.”