After overcoming the odds to become an engineer, alumnus spends his career helping others do the same

When he started as a faculty member at the University of Alaska Anchorage, Herb IIisaurri Schroeder (PhDCivEngr’91) spent time researching rural sanitation in 100 Alaska Native villages.

Because many still relied on portable toilets rather than sewer systems, the villages had higher occurrences of disease and infant mortality, since pathogens live longer in the cold climate. He quickly realized that if public health engineers could communicate with communities, it would be easier to set up improved sanitary systems.

But everywhere he looked, the engineers were outsiders.

“In my two years on the project, I’d never met an Alaska Native engineer,” Schroeder said. “This was one of the first times that I realized Alaska Natives were being discriminated against.”

Determined to change things, Schroeder reached out to friends in the oil and gas industry and raised $100,000 to launch the program now known as the Alaska Native Science and Engineering Program (ANSEP).

However, raising the money wasn’t the only hurdle Schroeder would face. At first, he said, officials at the University of Alaska threatened to send the money back because they were concerned that accepting Alaska Native students would weaken their academic standards.

“But I knew my rights as a faculty member, and we launched the program,” Schroeder said. “I wasn’t going to quit until that kind of discrimination was gone forever and it would never happen again.”

‘We had to build a solution to work around the system’

In the early years of the program, Schroeder began to fully understand the challenges Alaska Native students face. Some who attended the first summer bridge programs hadn’t completed algebra in high school, and some failed the required introductory English classes.

He said people often don’t realize that Alaska Natives are the poorest population in the U.S. In rural areas, people often still hunt for most of their food. He remembers one student, the son of a North Slope nomad, who was the first in his family to use money.

“I saw high schools saying that Alaska Native kids weren’t capable of success, and they would just pass them through unprepared for college,” Schroeder said. “Because of the issues with schools, the attitudes toward Native Alaskans and the availability of people who would work with us, we had to build a solution to work around the system.”

This year, ANSEP’s Acceleration Academy in Anchorage is graduating a 17-year-old with 70 college credits.

“Our students aren’t just prepared — they are hyper-prepared.” Schroeder said.

Working together to overcome barriers

Today, ANSEP has multiple programs to support students from fifth grade through doctoral work. From helping 10 students a year build home computers in the early 2000s to more than 500 in 2018, ANSEP’s impact continues to grow. 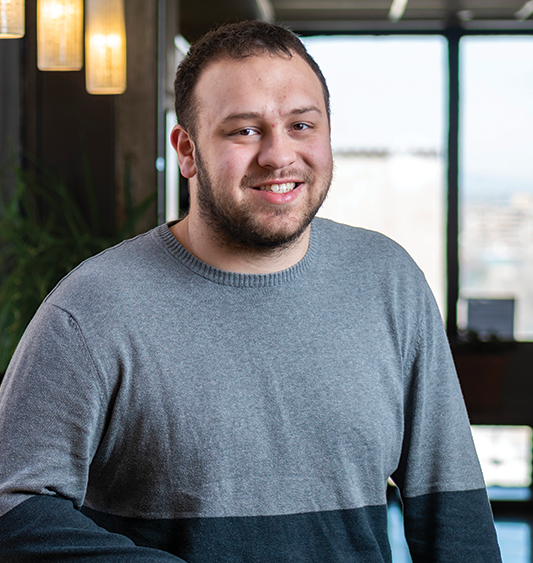 Skylar Kern is working on his PhD in mechanical engineering and is a research assistant in the Turbulence and Energy Systems Laboratory (TESLa) at CU Boulder.

While most ANSEP students leave after completing their bachelor’s in engineering, some go on to complete graduate work. The students even have the opportunity to return to tenure-track teaching offers at the University Alaska Anchorage if they complete their doctoral degrees elsewhere.

One of these promising students, Skylar Kern, is pursuing a PhD in mechanical engineering at CU Boulder. ANSEP has awarded him a fellowship that supports his research, and he plans to teach at UA Anchorage after completing his degree.

ANSEP has received dozens of national awards, including the Presidential Award for Excellence in Science, Mathematics and Engineering Mentoring from President George W. Bush. It was a finalist for the 2018 Innovations in American Government Award from the John F. Kennedy School of Government at Harvard University. ANSEP is supported by over 100 industry, public, private and government funders.

In 2018, Schroeder received the CU Boulder George Norlin Award for distinguished achievement in his chosen field of endeavor and a devotion to the betterment of society and their community.

But perhaps most impressive is the name the Alaskan Native students and their families have bestowed on him: Ilisaurri. It means teacher.

Schroeder followed an unlikely path to academia. As a high school sophomore in in Chicago, his math teacher told him that he was “a loser at math,” and Schroeder sort of agreed.

When he went to college the first time, he majored in business but found it boring and soon dropped out. Uncertain what to do next, he spent time on the East Coast, bartending and playing rugby.

After the 1973 U.S. oil crisis, he heard about the need for workers to build the Trans-Alaska Pipeline. Lured by this unique opportunity, Schroeder hopped on a plane and headed to Anchorage. Two days later, he headed north to one of the main construction sites in Fairbanks. He found the union hall and, before he knew it, he was shoveling snow in a construction yard.

He spent the next two-and-a-half years working, eating and sleeping in the construction camps alongside engineers. During one of many shared meals he found himself thinking, “He’s no smarter than I am. I can be an engineer, too.”

From that moment, his goal became earning his bachelor's in engineering, which he did at the University of Alaska in Anchorage. With his degree and experience working on the pipeline, Schroeder easily found a job in the oil and gas industry and stayed there for seven years.

Not fully satisfied with his career, he decided to pursue additional degrees, earning a master’s in construction engineering from Oregon State University and a doctorate in civil engineering from CU Boulder.

Under the direction of CU professor Jim Diekmann, Schroeder conducted research for NASA on the constructability of the International Space Station in orbit. Like the Trans-Alaska Pipeline, construction in space was the perfect opportunity to do something that had never been done before.

After completing his doctorate in 1991, Schroeder sold everything in Boulder and moved back to Alaska with his family and his new degree. He didn’t have a job, wasn’t interested in a postdoc and didn’t realize that he was again on track do something that had never been done before.

The decision to move back to Alaska was simple — he wanted to give something back to the state that had given him so much. From jobs on the Trans-Alaska Pipeline, to an engineering degree that most people who knew him would have thought impossible, he returned to Alaska to pay forward his good fortune.

“ANSEP started small and had a few kids, but you pull partners in and once they see it’s possible — they see it’s working —  it grows,” Schroeder said. “We all recognize there are problems with the system. We can overcome the barriers if we work together.” 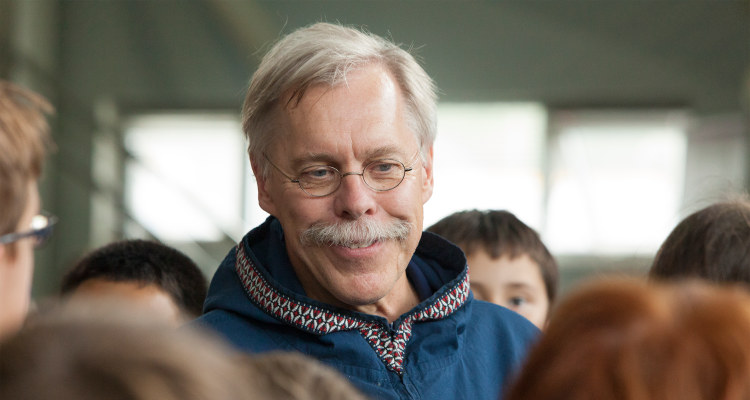