“The applications are abundant,” Bright says.
“You just have to have imagination.” 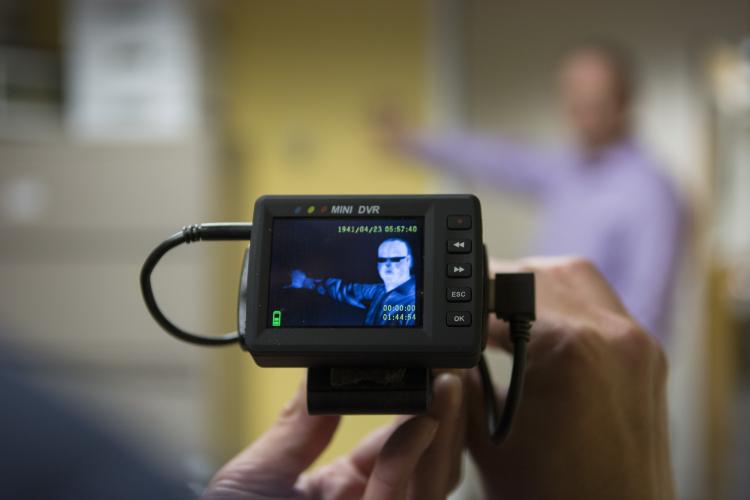 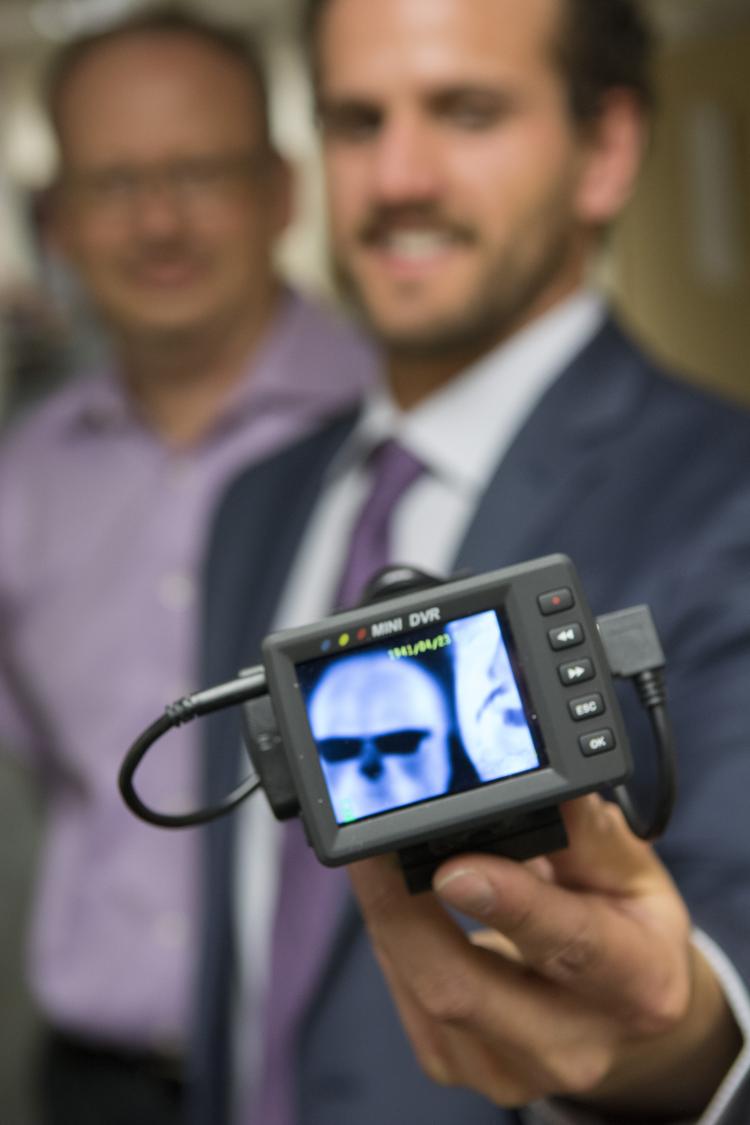 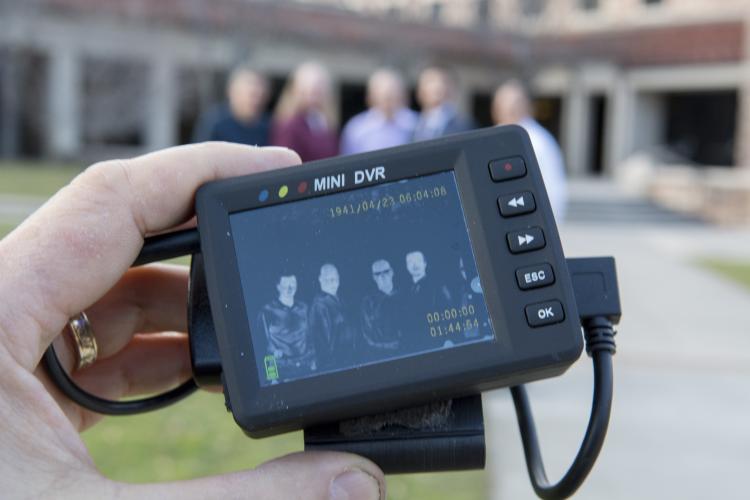 The air temperature in Victor Bright’s office is mild, maybe 70 degrees. There aren’t any obvious drafts or pockets of warm or cold air. All the books on the shelves, the papers on his desk and the pictures on the wall seem to be the same temperature.

So it’s a shock when a new ultrasensitive infrared camera, which creates images by measuring heat instead of visible light, is able to give a crisp picture of the room, delineating each piece of furniture, each wire leading into the computer and, of course, Bright himself.

“You would assume that objects in the room are the same temperature, but they’re not,” says Bright, a professor of mechanical engineering. “Different materials absorb and emit radiation at different rates. So at any instant in time, they are actually at different temperatures.”

Bright and two of his colleagues—Steven George, a professor with a joint appointment in chemistry and biochemistry as well as mechanical engineering, and Y.C. Lee, a professor of mechanical engineering—worked with George Skidmore at DRS Technologies to create the new camera, which is about 30 percent more sensitive to differences in heat and about 30 percent faster than current state-of-the-art infrared technology.

Unlike the pictures popularly associated with infrared cameras—glowing images that use oranges and reds to show heat and create blurry forms of people— the new CU-Boulder-DRS-built camera produces detailed images in black and white. The lighter the color, the warmer the object.

The improvement achieved by the new camera was made possible by a technology developed at CU-Boulder by George called atomic layer deposition, which Bright believes may allow them to create an infrared camera that’s as much as 10 times more sensitive than today’s best.

“It’s a way of depositing materials one atomic layer at a time,” Bright says. “It gives us perfect control over thickness. Using custom, in-house developed microfabrication techniques, we can use atomic layer deposition to build micro-scale pixels for the infrared camera.”

The new camera was funded by the Defense Advanced Research Projects Agency with the goal of improving the military’s surveillance abilities—infrared cameras work as well in the pitch black of night as they do in the day, unlike night-vision equipment, which relies on having at least a small amount of reflected light.

But extremely sensitive infrared cameras have potential for an almost mind-boggling array of uses. DRS Technologies, which already produces military-grade infrared cameras, has put on a contest over the last couple of years to see what kinds of uses university students across the country could come up with for infrared cameras.

Some teams used infrared cameras to take pictures of irrigated fields. Since adding water to the soil changes the temperature of the land, the camera could detect any dry patches of dirt that still needed to be watered. The same principle allowed another team to detect water buildup underground, which could help predict the location of landslides.

Other uses ranged from an alternative to fingerprinting—infrared cameras can detect the unique pattern of sweat pores on your fingertip—to the “eyes” for a firefighting robot.

Bright has used the camera himself to peer into walls in search of studs, which are a different temperature from the surface drywall, and his students have used it to watch snow as it’s melted by the friction created by a skier, only to refreeze again. The ability to watch freeze and thaw could potentially have applications for people studying avalanches.

“The applications are abundant,” Bright says. “You just have to have imagination.”