THROUGHOUT HER CAREER, ZOYA POPOVIC'S RADIO FREQUENCY (RF) and microwave engineering research has been focused on communications and defense, with projects for organizations including NASA and the Navy, and companies like Boeing.

The distinguished professor of electrical, computer and energy engineering designed a system that would use far-field beaming to take power from solar panels on the bright side of the moon to a research station on the dark side of the moon, enabling the station to extract water from rocks. Her research team has solved problems of inefficiency in amplifiers on cellphone and radar towers, allowing for huge savings in power consumption. She’s developed methods for recharging batteries wirelessly for things like mold sensors within walls.

So when she started getting requests to take on health care-related projects, Popovic was a little surprised. While she hadn’t pursued funding in that field, she said the projects caught her attention from a technical standpoint.

“They had new challenges because the body is so complex and has so many variations,” she says.

Over the past five years her research team has tackled several of these requests. For instance, a health care products company enlisted her to create the transmitter for a probe that would cauterize blood vessels and ablate tumors using radio microwaves, which have the benefit of not burning surrounding tissue.

She has experimented with a credit card-sized device—powered by low-power transmitters such as cellphones—that would be sewn into a pocket to monitor a patient’s movements in a hospital or assisted-living facility. If the patient fell or failed to get out of bed, that information would be transmitted wirelessly to nurses.

She also has a project in the works with a group at Harvard that is creating an MRI bore that would take higher resolution images than are currently available. “We’re redesigning excitation of the RF field for high magnetic field MRI and redesigning the bore to create a uniform field inside the body,” she says.

“We’re using the natural radio emissions, or black body radiation, and measuring this power at low microwave frequencies,” she says. “We’ve already shown that we can measure it to a fraction of a degree.”

Popovic says her skills are in high demand right now because the number of researchers in her field has declined, even as industry and government are exploring new applications for microwave technology. So in addition to her many communications and health care research projects, Popovic also takes on as many graduate students as she can. She currently has 15 students in her lab, compared to the five or six found in other labs.

“I can guarantee my students jobs when they graduate,” she says. “There are so many applications for what we’re doing, and we need more people to do it.” 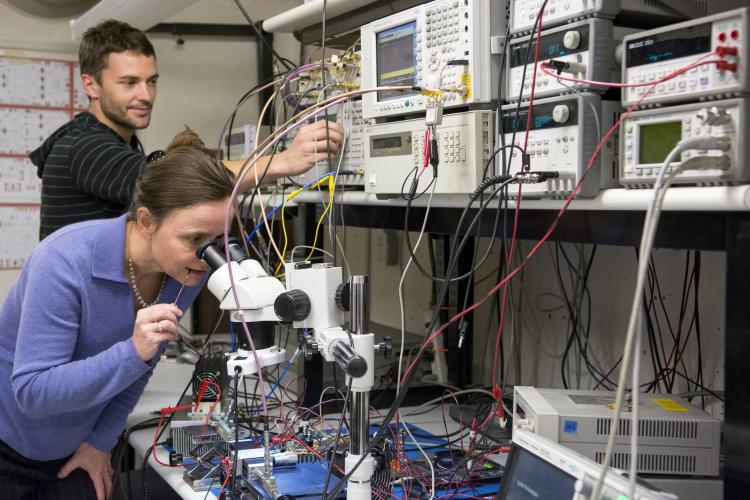 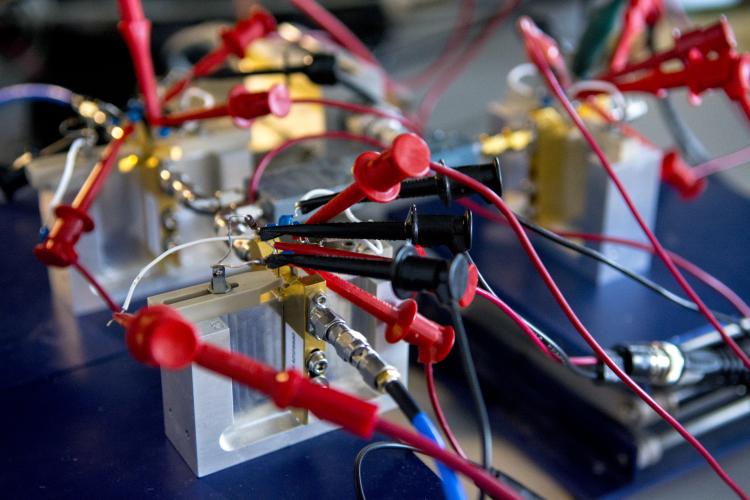 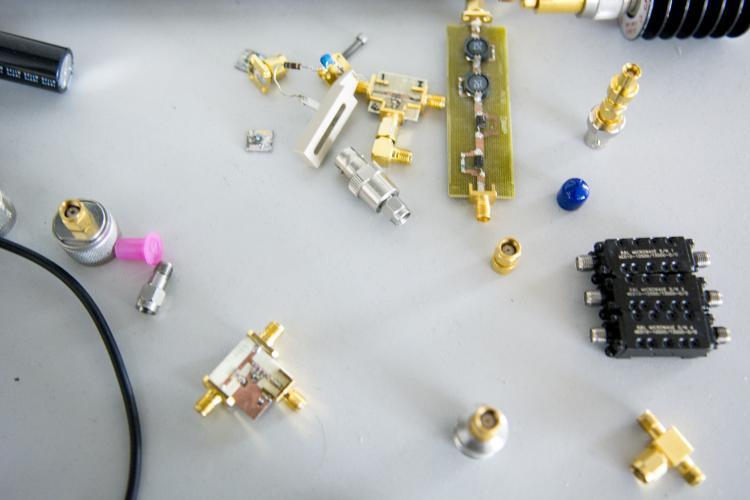 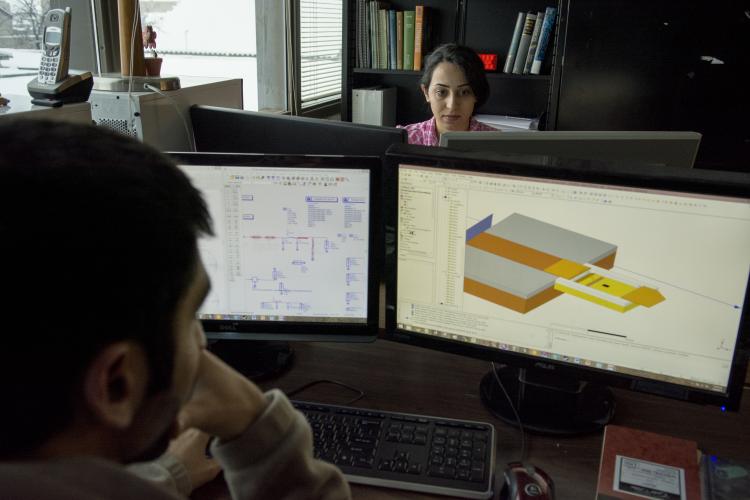