HACKERS GET A BAD RAP. Thanks to popular culture, mention “computer hacker” and people immediately think of Matthew Broderick in War Games, or any number of recent security breaches of data. In reality, hackers are not nefarious types who lurk in the shadows, stealing your personal information. They are creative, dedicated men and women who are using their minds and powers for good, not evil. They want to change not just the way we think of the term “hacker,” but to also change people’s lives through innovation.

In support of this mission, the ATLAS Institute is creating what it calls a “hacker space” in its BTU, or British Thermal Unit, Lab. Launched in September 2014, the BTU Lab+Hacker Space is a “physical location where people get together and tinker, create or hack,” says lab director Alicia Gibb. “Hacker spaces were created by communities who wanted camaraderie and a place to work together.”

For Jeffrey “Jiffer” Harriman, the Hacker Space provides an opportunity to blend his music and engineering backgrounds into new designs and new creations. Harriman is earning his doctorate in technology, media and society from the ATLAS Institute. He also earned his undergraduate degree in electrical engineering from CU and his master’s degree in music, science and technology from Stanford University.

“What I’m doing right now is trying to create interfaces and software that are easy to work with for musicians and artists who are interested in technology but don’t necessarily have the chops,” Harriman said. “I want to make technology more accessible for people to express themselves in new ways.”

Harriman wants to bridge music and technology to educate and engage children in music and art while introducing them to technology and science.

“I’m working on a project called Modular-Muse,” Harriman said. “It’s a software library and hardware tool kit to make it easier to build instruments and engage kids who are interested in music but not in programming. It’s a way to spark their interest in this field.”

Jiffer’s Hacker Space creations are prime examples of what the BTU Lab hopes to get out of those who use it. While the innovations stem from the minds of hackers, the BTU Lab provides an array of tools that would make MacGyver excited. Students have access to 3-D printers, laser cutters, a watercolor robot, sewing machine, performance space and much more. The ATLAS Institute does not stifle imagination.

For example, take ATLAS doctoral student HyunJoo Oh, who designs paper machines that move and react to stimuli. Paper mechatronics, in their terms, is an interdisciplinary medium that combines mechanisms, electronics and papercrafts. It allows people to learn the fundamental concepts and structures of physical computing and motivates them to imagine what it could be.

Drawing on the interdisciplinary nature of study at the ATLAS Institute, Oh combines art, technology and engineering into projects that take everyday materials like paper and cardboard and transform them into something that turns adults into wide-eyed children. And it all started with Theo Jansen’s Strandbeest, a large mechanical animal built out of polyvinyl chloride that can move on its own.

“I saw a YouTube video of a paper kit of his work and I loved it,” says Oh. “I thought, ‘I can build one of these’ and spent the next three to four days at the lab and built it. I spent a ridiculous amount of time and effort to make it despite my expertise as a designer. I wanted to make it more approachable to share with more people.”

Oh earned undergraduate and master’s degrees from Ewha Womans University in Seoul, South Korea. She then received a master’s degree from Carnegie Mellon University in Pittsburgh. At the suggestion of her advisor, Oh decided to make her paper mechatronics into something more than just art. She wanted to inspire others to create, so she developed a do-it-yourself method for her projects.

Oh uses familiar materials (paper and cardboard) and developed the tools that people need to cut it and build it themselves. Oh envisions it as “another concept of Lego play” that pushes people from simply viewing art to creating art.

“ATLAS allows students to use other resources around campus,” Oh says. “It helps us get access to computer science resources, art, education and more if we need it. For me, that is a very important aspect for my study.”

In keeping with innovation, creativity and technology, the College of Engineering and Applied Science is adding a new Bachelor of Science in Technology, Arts and Media degree program in fall 2015. It is a key component of the college’s 2020 strategic plan to grow and increase gender diversity. This degree will expand and intensify the existing technology, arts and media core courses of study as well as incorporate a curriculum grounded in engineering and computation disciplines.

Because when hackers, educators, artists and students collaborate, great things can happen. 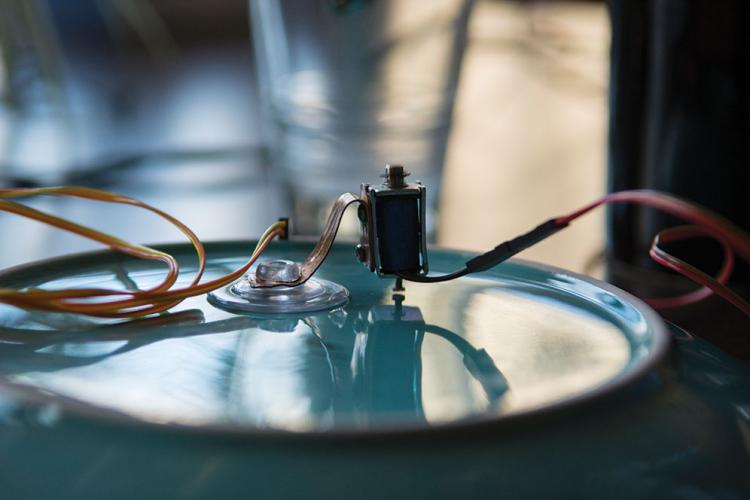 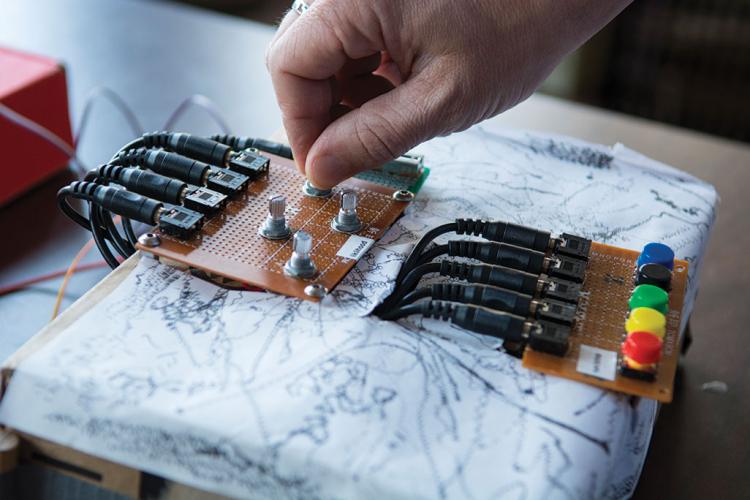 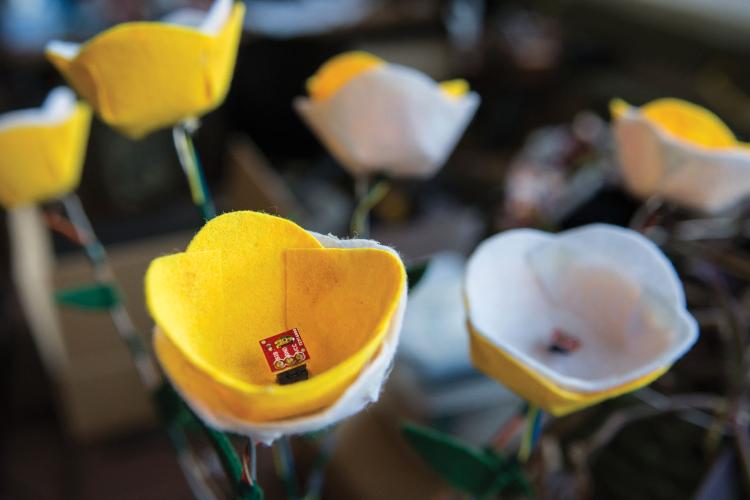