FOR MOST AMERICANS visiting the doctor’s office, shopping at the supermarket or going to work is a matter of hopping in a car and driving there. But the amenities of modern infrastructure in the United States—roads, bridges and sidewalks—are often absent in rural communities around the globe, separating people from food, medicine and potable water.

With this in mind, Avery Bang (MS CivEngr ’09) put her expertise to work developing modern solutions that change lives—and save lives. She started working with Bridges to Prosperity as a volunteer in 2008 and was named the organization’s CEO last year. Bridges to Prosperity, or B2P, was founded in 2001 and builds pedestrian bridges in rural, poor communities so people can reach much-needed resources.

As a student volunteer, Bang’s first experience with Bridges to Prosperity was a life-altering experience; what she refers to as her “Eureka!” moment.

“I first become involved with B2P after living in Fiji during a semester abroad, and I had the opportunity to visit the remote island of Taveuni, where the New Zealand government had recently built a bridge,” she says. “Community members living on the other side of the river were previously isolated from school nearly half of the year. Since the construction of the bridge, farmers had access to the weekly market, kids were able to go to school and the entire community now had access to the health care facility in town.”

As CEO, Bang has overseen the building of more than 170 bridges in 18 countries. In addition, Bang founded the Bridges to Prosperity University Program, which offers technical, cross-cultural and real-world building experience to students worldwide (including the CU-Boulder chapter).

“In the next year, this program will engage more than 150 students in bridge projects in multiple countries,” she says. “We are proud to play a part in developing the next generation of engineers into global citizens.”

Bang’s work with B2P earned her recognition as one of Engineering News-Record’s Top 25 Newsmakers of 2012. She also was named one of ENR Mountain Region’s Top 20 Under 40 in 2013, and one of the American Society of Civil Engineers’ Fresh Faces in 2011. Last year the CU-Boulder Alumni Association named Bang the 2014 recipient of the Kalpana Chawla Outstanding Recent Graduate Award.

In addition to her work with B2P, Bang continues to work as a teacher and learner in the Mortenson Center in Engineering for Developing Communities. She is also a member of the College of Engineering and Applied Science’s GOLD (Graduates of the Last Decade) board. She points to her CU education as one of the primary factors in her success.

“My time at CU was incredibly formative in developing my skills as an engineer, but more so in developing my understanding of the role engineers can play to benefit communities, both here in the States and around the world,” says Bang. “Since joining the B2P team in 2008—while still finishing my thesis at CU—I realized the importance of the connections and support network that I developed while studying.”

While Bang and B2P continue to change lives in communities around the world, she hopes her work inspires other college students to follow her path and work to build bridges, figuratively and otherwise. 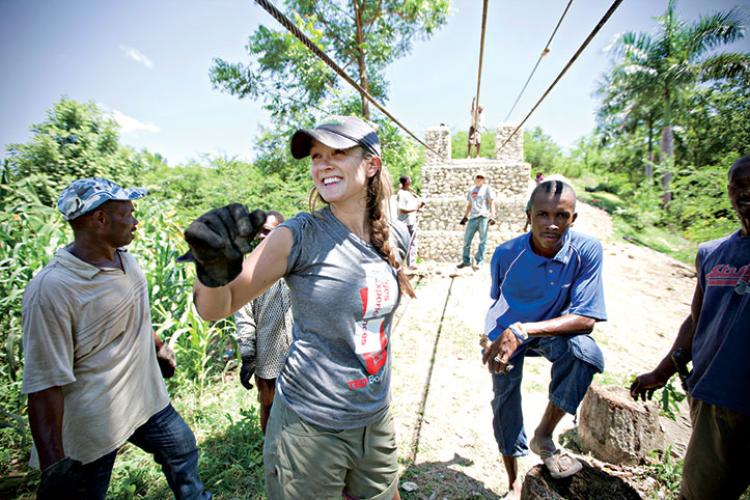 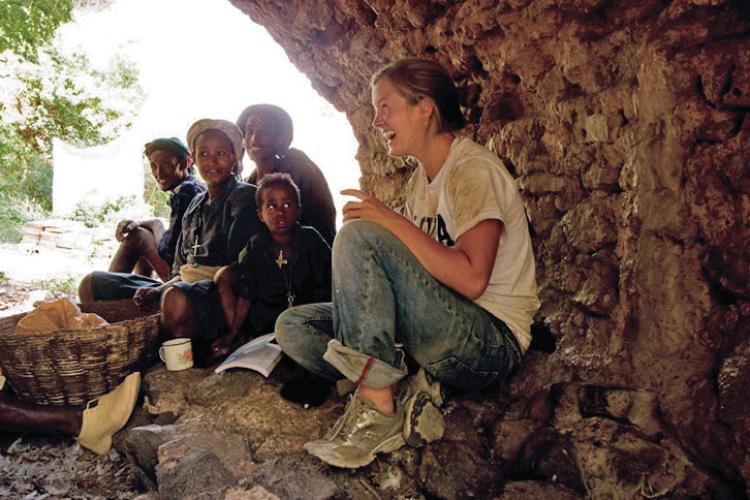 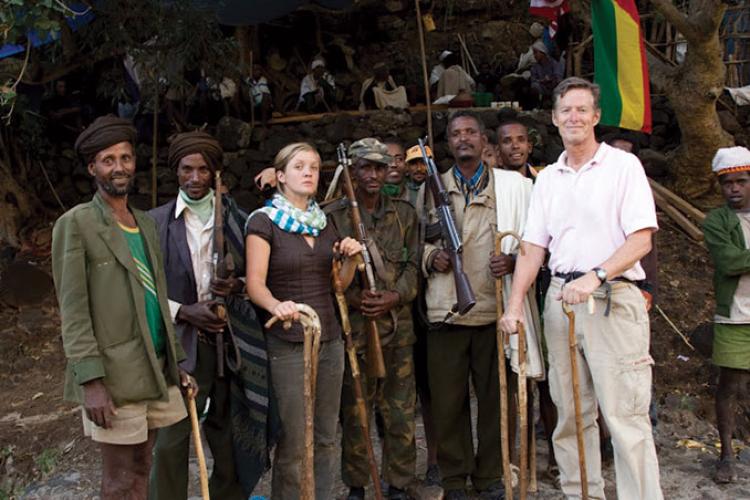