The Brooke Owens Fellowship Program is a highly competitive, paid internship and mentorship program designed to honor the memory of Brooke Owens, a space industry pioneer and accomplished pilot. Owens’ career took her to NASA, the X-Prize Foundation, the Federal Aviation Administration, and the White House. Her enthusiasm and passion for aerospace led friends and colleagues to create a foundation to inspire and train exceptional undergraduate women with the same zeal for space exploration. 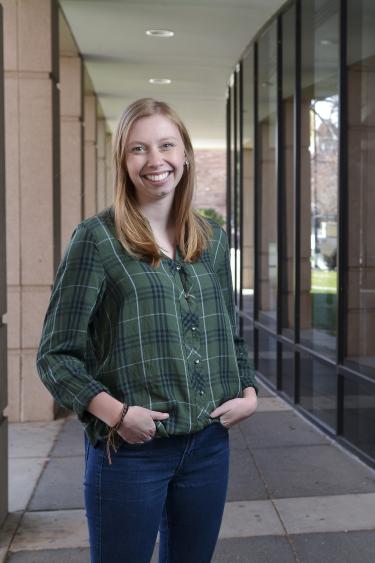 Getting to peek at a nebula through an observatory telescope can be an awe-inspiring experience. For Kaitlin Engelbert, it did not just give her a sense of wonder, it also provided a college major – astrophysics and planetary science. Engelbert credits the development of her passion for astronomy to a high school teacher who led field trips to CU Boulder’s Sommers-Bausch Observatory. “We observed the Orion Nebula through the telescopes, and I fell in love with the night sky instantly,” Engelbert says, adding that she has always been curious and wondered why things happen. She is supplementing her major with a minor in communications, focusing on public relations, and a certificate in teaching. Engelbert hopes to do educational and public outreach for a space corporation, inspiring others who want to become a part of the industry. Her fellowship will be spent at the Museum of Flight in Seattle.

What makes you a space buff?
I’m a Space Buff because I strive to be a part of the movement that inspires students and the public to involve themselves within the aerospace industry.

What is your favorite CU Boulder aerospace memory?
As a learning assistant for an introductory astronomy class, I had students come up to me and thank them for inspiring them to join the aerospace industry! 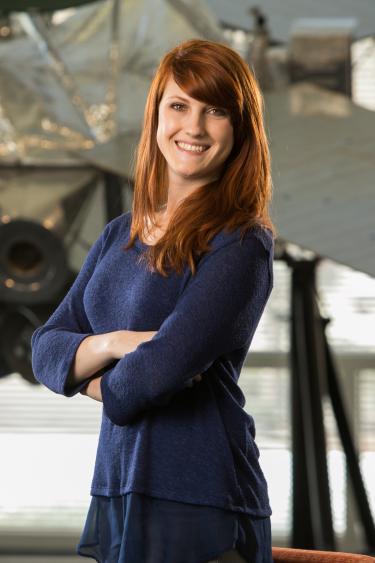 Christine Reilly has been excited about space ever since she took an online NASA class for high school students. Now a CU Boulder junior, her enthusiasm only continues to grow, and she has thrown herself fully into her chosen major. In addition to her course load, Reilly worked at the Colorado Space Grant Consortium, took part in an international math competition, and last year held a Discovery Learning Apprenticeship in Professor Hanspeter Schaub’s Autonomous Vehicle Systems laboratory. This summer brings an all-new challenge. As a Brooke Owens Fellow, Reilly will intern with Virgin Galactic. She will be diving into the world of propulsion for the LauncherOne project, which will shoot satellites into space from a flying Boeing 747. As someone who is especially interested in the still-new field of space startups, it is exactly where she wants to be.

What makes you a space buff?
I like innovation, and doing things that haven’t been done before. It’s also romantic, the idea of humans going off into space on an adventure.

What is your favorite CU Boulder aerospace memory?
While working for the Colorado Space Grant Consortium, I set up and operated a mobile tracking station in a chase vehicle for a high altitude balloon launch. My projects class had our "BalloonSat" payloads flying on the balloon, and I was able to help direct a convoy of classmates to the landing site to recover our experiments. 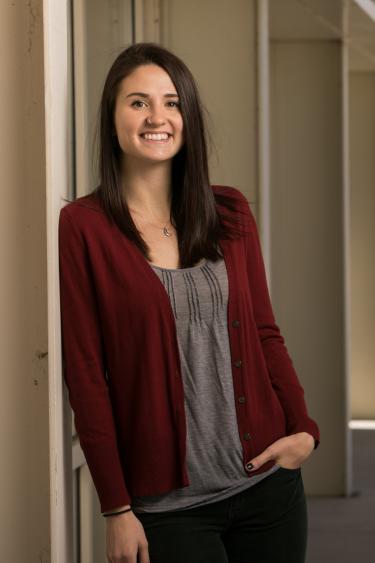 Is your head in the clouds? You have good company in senior aerospace student Amanda Turk. She has been high flying since arriving at CU Boulder in 2013, first by joining the Design, Build, Fly competition and later through research work with unmanned quadcopters and planes. Now this aspiring engineer is hoping for the real thing: a pilot’s license. As a Colorado native, Turk will not need to fly far for her internship as a Brooke Owens Fellow. She has been placed with Louisville-based Sierra Nevada Space Systems. It is an exciting prospect for her, to see the industry from the inside as aerospace companies like Sierra Nevada shake up the field. Turk is particularly drawn to the enduring nature of space technology systems. Just as Apollo program engineers built upon the legacy of 1940s rocket designers, she hopes to one day serve as an inspiration of her own to a next generation of aerospace engineers.

What makes you a space buff?
I am really psyched abut manned space exploration. It is work that will progress humanity. At some point, we will need to find a place for humans to live beyond Earth.

What is your favorite CU Boulder aerospace memory?
I have been working on campus at the Research and Engineering Center for Unmanned Vehicles and have had hands-on experience with numerous aircraft, as part of a flight crew chasing tornadoes and a flight-test engineer, most notably. I’ve been lucky to work with such amazing faculty and friends along the way.