Home 2017 Issue A Car with Imagination

A Car with Imagination

Home 2017 Issue A Car with Imagination

A Car with Imagination

Self-driving cars may be in their infancy, but they’re already better drivers than humans in many ways, says Chris Heckman, an assistant professor in the Department of Computer Science. They don’t become overconfident, they are always focused and they’re much better at performing driving maneuvers consistently.

But he also thinks they haven’t truly been put to the test.

“If you look at many autonomous vehicle launches like Uber or Google, it’s generally the best driving conditions you can imagine,” Heckman says.

They’re always driving on the road, and always on a sunny day.” 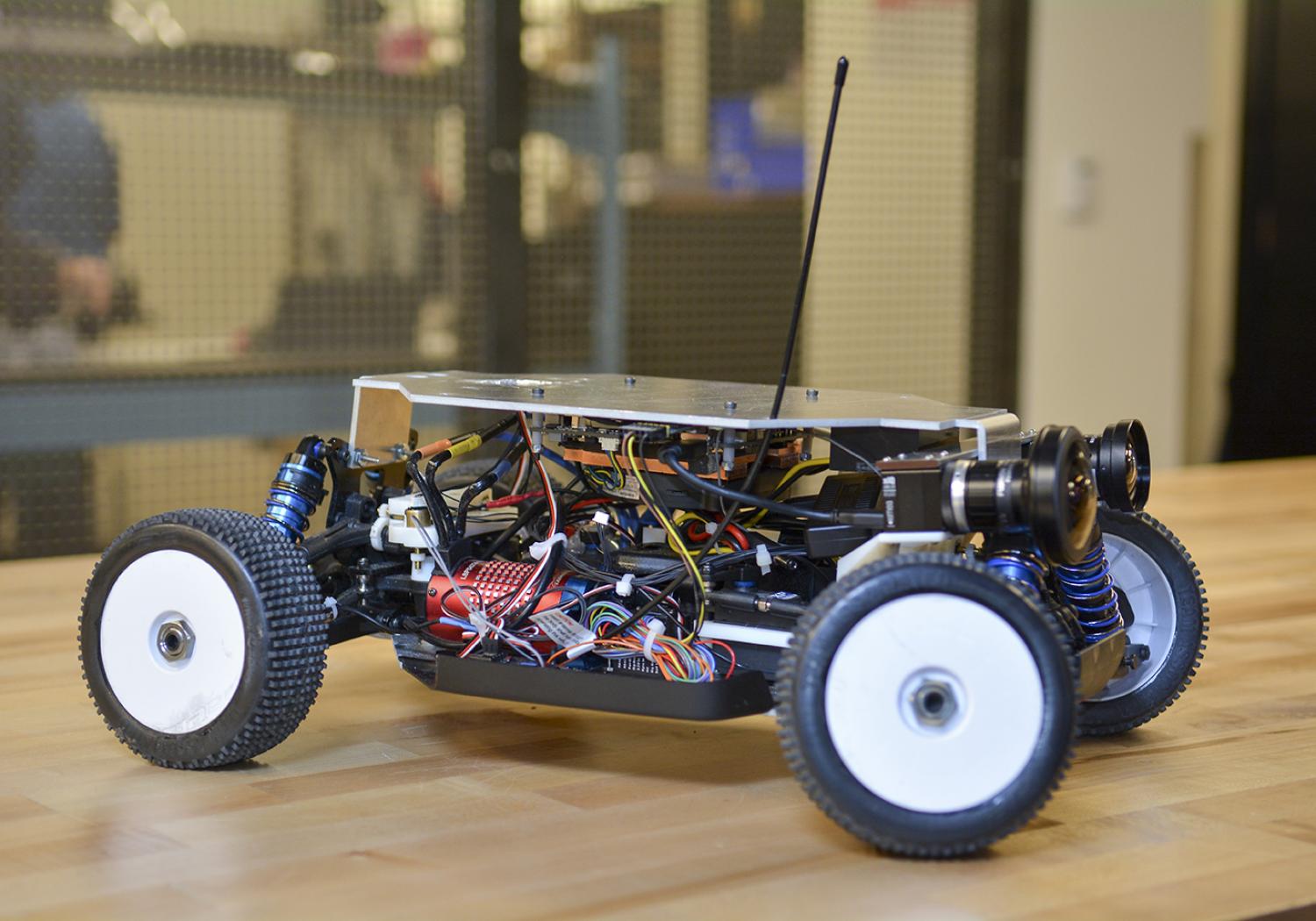 So instead of cruising around Mountain View, California, he imagines a test drive during ski season on Colorado’s Interstate 70, with bumper-to-bumper traffic on snow-packed, icy roads.

Heckman’s work in robotics is focused on creating autonomous vehicles that can sense every aspect of their environment—from obstacles in their path to the terrain under their tires—and make decisions accordingly.

“It’s like giving a car an imagination,” he says. “It’s not terribly different than how we would do it. We change the way we drive when we’re on ice, but today’s autonomous vehicles aren’t quite there yet.”

He explained that current self-driving car technology relies on pre-built maps and 3D models of roads, as well as on the ability of the car to communicate with a server that’s helping to run its algorithms.

But the “Ninja Car” platforms he and his students are building in his Autonomous Robotics and Perception Group contain everything they need to make decisions. They’re equipped with multiple types of sensors, including cameras mounted on the front and devices in the axles helping to analyze the terrain. The cars also carry the computers they need to run the algorithms that guide their decision-making.

The graduate students working in Heckman’s lab also have very diverse backgrounds. His six PhD students all come from different engineering and scientific disciplines, while his four master’s students are all electrical engineers.

Heckman says that while they’re focused on Earth-bound activities right now, the technology holds potential for space exploration as well. The Mars rovers were able to be only partially autonomous because Mars is close enough to allow communication with Earth. But exploration of other bodies—like Jupiter’s moon Europa—won’t be as easy.

“On Europa, you need full autonomy because we’re not going to send a human in our lifetime,” Heckman says.