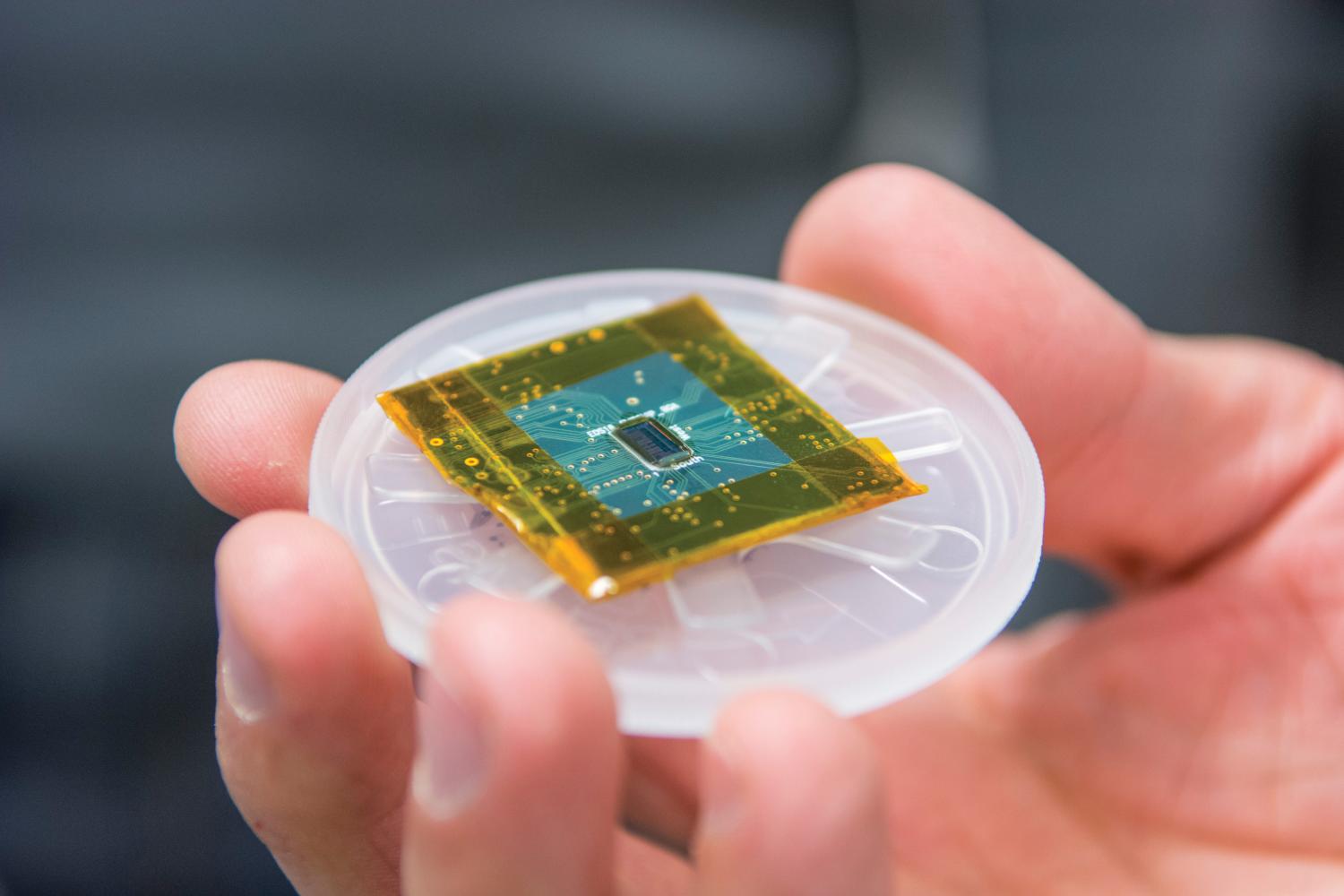 When it came to building a better microchip, Miloš Popovic and his fellow researchers turned to an unusual, but powerful, ally: light.

The groundbreaking result, which debuted in 2015 after nearly ten years of development, is the first microprocessor that uses light rather than electricity to communicate with the external world, all while transferring data at rapid speeds and consuming a minimal amount of energy.

The milestone could pave the way for faster, more powerful supercomputers, network infrastructure and consumer electronics within the next five years.

“Light-based integrated circuits could lead to radical changes in computing architecture in applications ranging from smartphones to supercomputers to large data centers, something computer architects have already begun work on in anticipation of the arrival of this technology,” says Popovic, an assistant professor of electrical, computer, and energy engineering.

Computers have gotten smaller, faster and more powerful over the past 70 years, but the basic underlying hardware has largely remained the same: electrical circuits communicating with each other 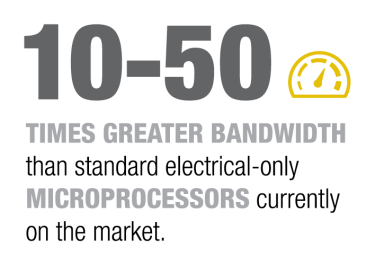 to transfer information. Recently, however, the sheer amount of electricity needed to power the ever-increasing speed and volume of these data transfers has proven to be a limiting factor.

To overcome this, Popovic and his collaborators at MIT and the University of California, Berkeley turned to photonics, or light-based, technology. Sending information with light instead of electricity reduces a microchip’s energy burden because light can be sent across longer distances using the same amount of power.

“One advantage of light-based communication is that multiple parallel data streams encoded on different colors of light can be sent over the same medium,” says Popovic. 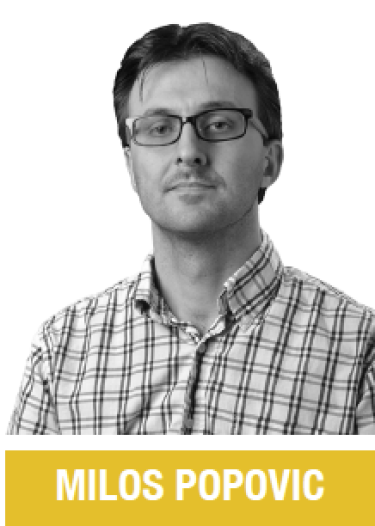 Popovic is an assistant professor in the Department of Electrical, Computer, and Energy Engineering and principal investigator of the Nanophotonic Systems Lab.  He was previously a postdoctoral associate and independent investigator in the Optics and Quantum Electronics Group at MIT’s Research Laboratory of Electronics. There, he directed as principal investigator for projects in nano-optomechanics and in energy-efficient nanophotonic circuits, and pursued related interests in nanoscale device design and photonic circuit theory.

Translation: faster data transfers at no additional energy cost. The new chip has a bandwidth density about 10 to 50 times greater than the standard electrical-only microprocessors currently on the market.

The chip measures about half the size of a human fingernail and incorporates 850 optical input/output (I/O) components alongside traditional electronics in order to create the first integrated, single-chip design of its kind. Better yet, it’s largely compatible with the complex and expensive manufacturing processes currently used to produce microchips, which should allow for smooth scaling to commercial production levels.

“We figured out how to reuse the same materials and processing steps that comprise the electrical circuits to build high-performance optical devices in the same chip,” says Mark Wade, a doctoral candidate in the Department of Electrical, Computer, and Energy Engineering. “This allows us to design complex electronic-photonic systems that can solve the communication bottleneck in computing.” 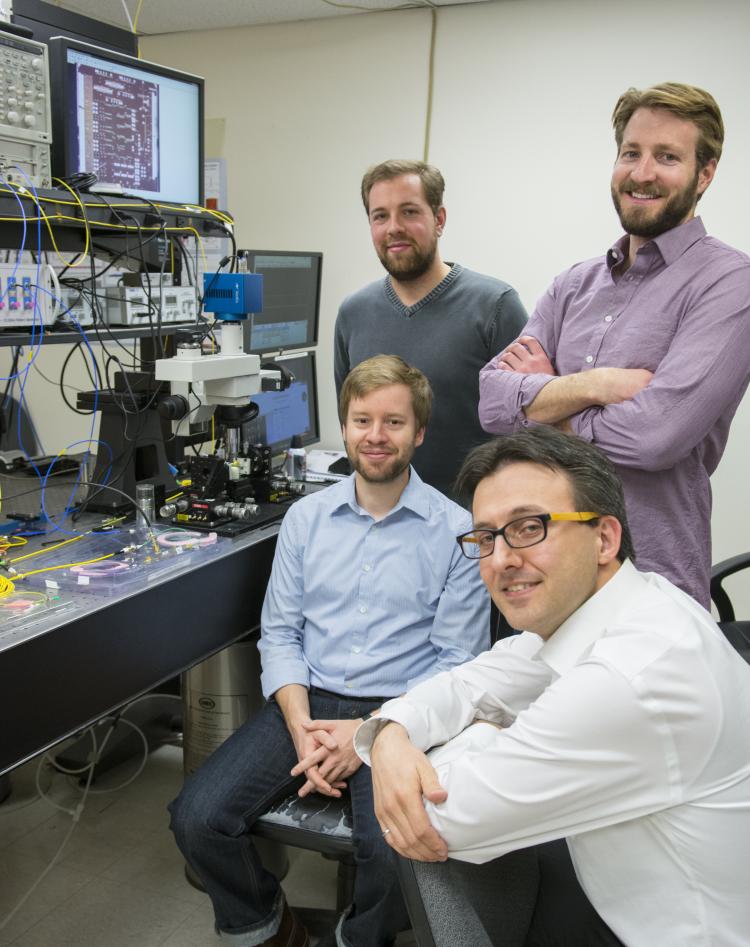 “One unexpected and surprising result from this research is that the heavily constrained electronics manufacturing process is not an efficiency killer for the photonic devices,” adds Popovic. “Co-integration ended up being a win-win.”

The achievement could help to better facilitate the growing number of bandwidth-hungry applications. According to the Natural Resources Defense Council, data centers consumed about 91 billion kilowatt-hours of electricity in 2013, or about 2 percent of the total electricity consumed in the United States that year.

The research, which was supported by the Defense Advanced Research Projects Agency (DARPA), has already spawned two startup companies with CU-Boulder connections, including Ayar Labs, which will use the technology to commercialize energy-efficient, high-volume data transfers.

So don’t look now, but faster computers may be just around the corner thanks to a year in which microchips finally saw the light.

On the Grid
END_OF_DOCUMENT_TOKEN_TO_BE_REPLACED
Return to the top of the page