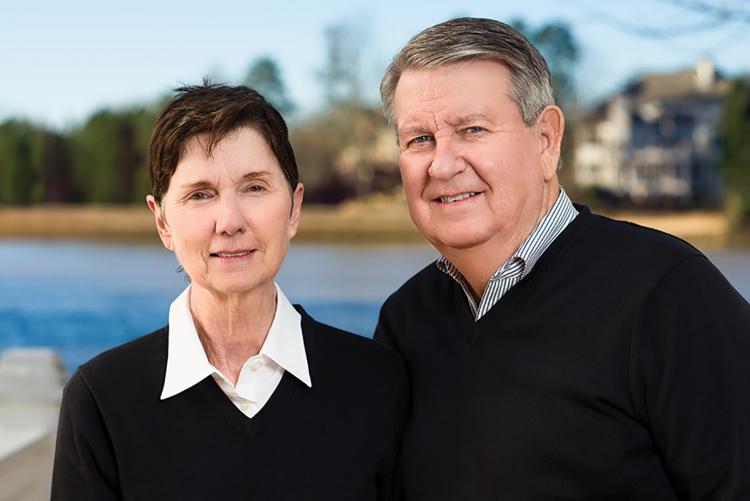 Alumnus funds up to 20 architectural engineering scholarships a year

Every year, David DeCook (ArchEngr ’71) hosts a dinner for new recipients of his architectural engineering scholarship. When he meets them, he likes to issue a challenge. “We want you to try to do the same we’re doing for you,” he tells them. “You’re going to make good bucks, and we want you to try to repay it down the line.”

He added that it’s fun to watch them work out the math when he asks them to consider what the reach will be if each of them funds 20 scholarships.

“We really ask them to look in their hearts and get back into the giving mode when they get to that point,” he says. “Most of the kids look at you like, ‘I can do that.’”

DeCook estimates he and his wife, Debbie, have helped more than 200 students since they began funding scholarships for architectural engineering students 12 years ago. When they began exploring scholarship-giving opportunities, they had to decide between funding one large scholarship or several smaller ones.

Their decision to fund smaller scholarships for up to 20 students each year—and personally meet all of them—came in part from DeCook’s own personality. He describes himself as a gregarious person, and says he was interested in touching the lives of as many students as he could.

Recipient Bethany Diamond noticed DeCook’s personality when she met him at the scholarship dinner this past fall.

“He took the time to get to know everyone at the party, which shouldn't have surprised me but did,” she says. “Not only is he very generous to offer a scholarship, but he genuinely cares about the students he gives them to.”

As for the decision to give back to CU-Boulder, that was an easy one for the DeCooks. The couple met in Boulder while Dave was working in Debbie’s parents’ lighting shop, and the two were married at a chapel just off campus, near Folsom and Colorado.

DeCook also credits CU-Boulder with providing the education he needed to be successful in his 26-year career at UPS, where he worked his way up through the ranks of the project engineering management staff that coordinates construction of UPS facilities throughout the country.

“I’m an average guy who got with a great company and worked his ass off,” he says. DeCook moved several times with UPS, finally landing in Georgia, where he is now retired.

One of his favorite achievements was overseeing the design of the first UPS facility to use high-pressure sodium lights instead of mercury vapor. When the contractor suggested the switch, DeCook didn’t realize it was a controversial topic at UPS. But he was convinced it would save the company money, so he stuck to his guns. Soon, sodium was in use in facilities throughout the country.

That perseverance when it comes to new ideas is something he imparts to both his scholarship recipients and the many engineers he has managed over the years.

“We can’t be static. You have to take a chance and try something new,” DeCook says. “That’s why we’re engineers.”

On the Grid
END_OF_DOCUMENT_TOKEN_TO_BE_REPLACED
Return to the top of the page