Professor Natalie Enright Jerger: Natalie Enright Jerger is a Professor of Electrical and Computer Engineering at the University of Toronto and the Canada Research Chair in Computer Architecture. Prior to joining the University of Toronto, she received her PhD degree from the University of Wisconsin-Madison studying computer architecture, co-advised by Mikko Lipasti and Li-Shiuan Peh. She received her Bachelor of Science degree in 2002 from Purdue University. In 2019, she received the McLean Award from the University of Toronto. In 2015, she was awarded an Alfred P. Sloan Research Fellowship and the CRA’s Anita Borg Early Career Award. She was the recipient of the 2014 Ontario Professional Engineers Young Engineer Medal. In 2017, she co-authored the second edition of On-Chip Networks, with Tushar Krishna and Li-Shiuan Peh. Her research focuses on networks-on-chip, approximate computing, IoT devices, and hardware acceleration. Beyond research, Prof. Enright Jerger is also involved in outreach activities for women in computer architecture, including serving as chair of WICARCH. From 2019-2021, she served as the co-chair of ACM's Council on Diversity and Inclusion.  She is a Distinguished Member of the ACM and Fellow of the IEEE. She is the mother of an energetic 6 year old.

Professor R. Iris Bahar:  R. Iris Bahar received the B.S. and M.S. degrees in computer engineering from the University of Illinois, Urbana-Champaign, and the Ph.D. degree in electrical and computer engineering from the University of Colorado, Boulder. Since 1996 she has been on the faculty at Brown University in the School of Engineering with a dual appointment in the Department of Computer Science since 2019.    Iris's research interests straddle the hardware/software interface and lie broadly in the areas of computer system design and electronic design automation.  In particular, her research focuses on energy-efficient and reliable computing, from the system level to device level.  Most recently, this includes the design of robotic systems and emerging memory architectures.   Her research has been continuously funded since 1997 through various industrial and government sources, including the NSF, DARPA, DoD, the Semiconductor Research Corporation (SRC), Intel, IBM, Facebook, and NASA.  She is the 2019 recipient of the Marie R. Pistilli Women in Engineering Achievement Award and the Brown University School of Engineering Award for Excellence in Teaching in Engineering. 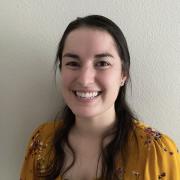 Elba Garza: Elba Garza is a final-year Computer Science PhD student at Texas A&M University working under Daniel A. Jiménez. Her work focuses on making hardware predictive structures & policies (e.g., branch prediction, prefetching, cache replacement) more resilient to evolving computing demands. She holds a BSc in Computer Science from Columbia University, and an MSc in the same from Princeton University. Her work has been featured in top-tier computer architecture conferences, including ISCA and MICRO. Her research has earned accolades, including the 2020 IEEE CS Lance Stafford Larson Student Award. She was named a 2020 Rising Star in EECS and  also recently named a 2021 Google Scholar. After returning to graduate school for her PhD and seeing fellow graduate students struggle with mental health issues and the general toll of graduate students, she helped co-found the Computer Architecture Student Association, or CASA. CASA is an independent student-run organization with the express purpose of developing and fostering a positive and inviting student community within computer architecture. Upon graduation, she hopes to continue helping students at all levels by entering academia in a teaching-track professorship role. 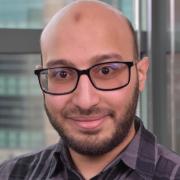 Abdulrahman Mahmoud: Abdulrahman is a postdoc researcher in computer science at Harvard University, working with Dr. David Brooks and Dr. Gu-Yeon Wei. His research interests are broadly in the areas of computer architecture, machine learning, reliability, and approximate computing. His work focuses on addressing the role hardware errors play on an application’s error tolerance, by designed tools and techniques to help understand how hardware errors propagate and affect software.
Abdulrahman completed his PhD at UIUC under the guidance of Dr. Sarita Adve in the RSim Research Group. During his graduate studies, he was very fortunate to be the recipient of the Mavis Future Faculty Fellowship, to be invited to the 7th Heidelberg Laureate Forum, and to recieve multiple awards for teaching and mentoring undergraduate students. Prior to joining UIUC, Abdulrahman completed his BSE from Princeton University, where he was the recipient of the John Ogden Bigelow Jr. Prize in Electrical Engineering. He helped co-found the Computer Architecture Student Association (CASA).

Udit Gupta: Udit Gupta is a 6th year PhD student at Harvard University and visiting research scientist at Facebook AI Research. His research interests focus on improving the performance and efficiency of emerging applications in computer systems and architecture by co-designing solutions across the computing stack. His recent work focuses on the optimization of datacenter-scale deep learning-based personalized recommendation engines and going beyond efficiency to design systems for environmentally sustainable computing. Udit has co-founded the PeRSonAl (personalized recommendation systems and algorithms) workshop and CLEAR (computing landscapes with environmental accountability and responsibility) workshops co-located at systems and machine learning conferences. Udit is a steering committee member of the Computer Architecture Student Association. He graduated with a B.S. from Cornell University in 2016. 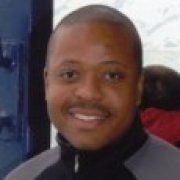 Dr. Alan Bivens: Dr. Alan Bivens is currently the Director of Data Services, IBM Public Cloud, leading a variety of Cloud Data technologies including Cloud Databases, Object Storage, and Kafka offerings. Alan comes to this role after holding numerous senior management roles in IBM Research and Executive Staff positions in IBM’s Blockchain business unit. Alan is also a prolific writer with over 50 filed patents (earning him the distinction of being an IBM Master Inventor), and over 40 publications in the areas of cloud and distributed systems, systems management, and machine learning technologies. 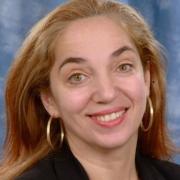 Dr. Valentina Salapura: Dr. Valentina Salapura is a Senior Fellow at AMD Research. Previously, she was a System Architect at the IBM T.J. Watson Research Center, and a faculty member at the Technische Universität Wien. Valentina is a computer architect for large computer systems, from supercomputers to cloud computing data centers. Valentina is a prolific inventor and holds more than 400 US patents, and she published a number of papers and several book chapters on processor and network architecture. Valentina was named Fellow of the Institute of Electrical and Electronics Engineers (IEEE) in 2012 for contributions to the architecture and design of multiprocessor systems, and is a recipient of the 2006 ACM Gordon Bell Prize for Special Achievements.

Professor Timothy M. Pinkston: Timothy M. Pinkston is the George Pfleger Chaired Professor of Electrical and Computer Engineering, and he also serves as Vice Dean for Faculty Affairs in the USC Viterbi School of Engineering at the University of Southern California.  He earned his Bachelor’s (’85) degree from The Ohio State University (OSU) and his Master’s (’86) and Ph.D. (’93) degrees from Stanford University, all in Electrical Engineering.  Prior to joining USC in 1993, he was a Member of Technical Staff at Bell Laboratories, a Hughes Doctoral Fellow at Hughes Research Laboratory, and a visiting research at IBM T.J. Watson Research Laboratory. Pinkston served as Program Director at the National Science Foundation (NSF) from 2005-2008, serving as the Program Director for the Computer Systems Architecture Program (2006-2007) and the founding Lead Program Director of the Expeditions in Computing Program (2008) in the Computer Information Science and Engineering (CISE) Directorate.  An accomplished researcher in computer system architecture specializing in interconnection networks and router architecture, Pinkston is a Fellow of the American Association for the Advancement of Science (AAAS), the Association for Computing Machinery (ACM), and the Institute of Electrical and Electronic Engineers (IEEE).  He also has received prominent national awards, including an NSF Minority Research Initiation Award and an NSF CAREER Award.  He is honored to be the proud recipient of a Distinguished Alumnus Award for Academic Excellence from OSU’s College of Engineering.

Dr. Dan Lustig: Dan Lustig is a Senior Research Scientist in NVIDIA's Architecture Research Group. His work mainly focuses on memory consistency models, virtual memory, and GPU architecture. His research has been highlighted by five selections and three honorable mentions in IEEE Micro's Top Picks as well as four nominations for Best Paper at MICRO. He is also active in the development of RISC-V, having served as chair of the Memory Model and Virtual Memory Task Groups. For the former, he received the inaugural RISC-V Foundation Board of Directors Award in 2018. Dan received a BSE from the University of Pennsylvania in 2009 and a PhD from Princeton University in 2015.

Professor Josh San Miguel:  Josh San Miguel is an Assistant Professor in the Department of Electrical and Computer Engineering at the University of Wisconsin-Madison. He is a co-organizer of the Undergraduate Architecture Mentoring (uArch) workshop. His research spans broadly across topics in computer architecture and systems, with recent focus on approximate computing, stochastic computing, interconnection networks and intermittent computing. His work has garnered honors including three IEEE Micro Top Picks citations and the NSF CAREER Award. 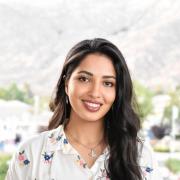 Professor Elaheh Sadredini: Elaheh Sadredini is an assistant professor at the Department of Computer Science and Engineering at UC Riverside. She received her Ph.D. in Computer Science at the University of Virginia. Her research focus is on developing specialized, near-memory, and in-memory hardware accelerators for big data applications, including natural language processing, data mining, and bioinformatics. Her research has resulted in several publications at top-tier venues (such as MICRO, ASPLOS, HPCA, ICS, and KDD). Elaheh is the recipient of several awards, including the John A. Stankovic Graduate Research Award from the UVA Department of Computer Science for outstanding research in 2019 and the UVA International Students Office Graduation Award for Academic Excellence in 2019. She also received the best paper awards at the ACM International Conference on Computing Frontiers in 2016, the “Best of CAL” award in 2019, and a nomination for the best paper award at IISWC’19, FCCM’20, and HPCA’20.

Dr Summer Deng:  Summer Deng is a research scientist at Facebook, working on low precision optimizations for machine learning inference on CPUs and accelerators. Before joining Facebook, Summer received her PhD degree from UC Santa Barbara in 2017. Her research focused on statistical methods to guide computer architecture design. Currently, her interests broadly lie in the intersection of machine learning and computer architecture areas.

Atefeh Mehrabi: Atefeh Mehrabi is a Ph.D. candidate in the Electrical and Computer Engineering department at Duke University. She is co-advised by Prof. Daniel Sorin and Prof. Benjamin Lee. Her research is in the area of computer architecture with a focus on design and management strategies for hardware accelerators. Atefeh spent summer 2020 in Azure Hardware Architecture team at Microsoft and summer 2019 in Architecture Research Group at NVIDIA as a research intern. She is a 2019 Cadence Women in Technology Scholarship recipient. She received her M. Sc. degree in computer engineering from Duke University in 2018, and her B. Sc. degree in electrical engineering from University of Tehran in 2016.