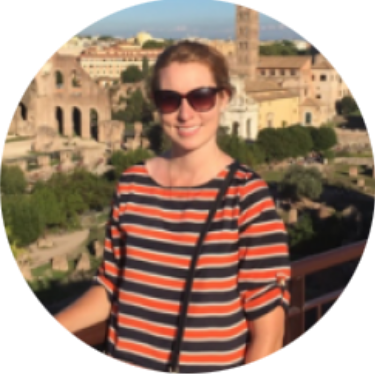 Katie’s research interests are in real-world and fictional American politics. She is interested in the way that the media depict politicians, political scandal and domestic and international policy. She loves watching political television shows, such as Scandal, Madam Secretary, The Good Wife, House of Cards and The Crown.

Originally from Ohio, Katie moved to Colorado to pursue her MA. She now lives in North Boulder with her husband Dan and their Border Collie pup Reese. Katie loves ice cream, traveling abroad, baking, skiing, hiking, dogs, inspirational quotes, almost anything on television and Lebron James. Her favorite things to do on the weekends are brewery biking tours and cooking/eating breakfast.