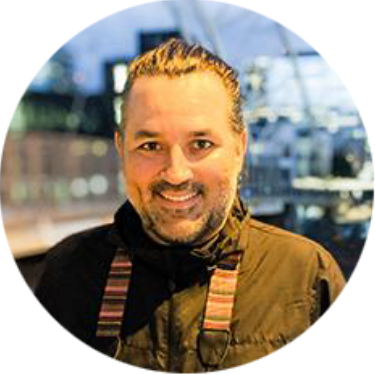 Zain "Zen" Alexander Iqbal earned his BA in English from James Madison University in Virginia and has studied media and photography at New York University and the Academy of Art in San Francisco. He served as a Peace Corps volunteer in Uzbekistan from 2004 to 2005 where he worked as a health communicator in rural communities. Zain since worked in a variety of communications, media, and editorial roles; most notably at MTV Networks in New York during the 2008 U.S. presidential election where he managed Think MTV — a social networking platform that hosted reporting from youth journalists. He also served as the editor and content manager for FORA.tv in San Francisco, an online conference channel that produced video content for a variety of media companies, including The New Yorker, The Atlantic, and WIRED.

Born in California but raised internationally with a "third culture" background, Zain seeks to explore journalism as a means to report on how societies intersect with one another in an increasing global world. He also hopes to provide American audiences with context on international stories that interconnect with our society through multimedia storytelling.