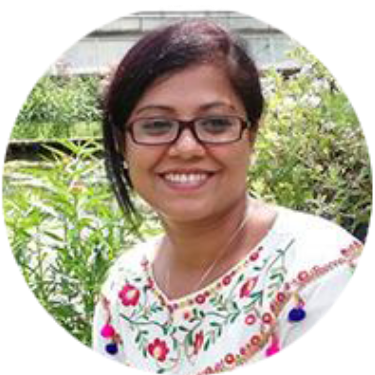 Born and raised in a minority Hindu family in rural Bangladesh, Sima Bhowmik had always dreamt of bringing positive changes into society and placing herself where she has the capability to do so. She believes that media has the power of changing things, which inspired her to get into journalism at the age of 19. At the time, she was studying botany and simultaneously working at a newspaper as a contributor, where she fell in love with journalism.

In Bangladesh, she worked as a reporter for nearly a decade in newspapers, radio and television. Before she came to the USA in 2018, she was working as a senior reporter and news presenter at the 24-hours news channel Jamuna TV, where she was also hosting a weekly business show called "Inside Business".

In 2013, she got the Bangladeshi Media Exchange Fellowship from the State Department and did a five-week long certificate program at the University of Oklahoma.

She completed her master's in journalism at the University of Mississippi in May 2020 where she received a Graduate Achievement Award in Journalism. She also has a master's in botany from Jagganath University of Bangladesh, and her bachelor's degree in botany from the same university. She has been a member of the The Honor Society of Phi Kappa Phi since 2019.