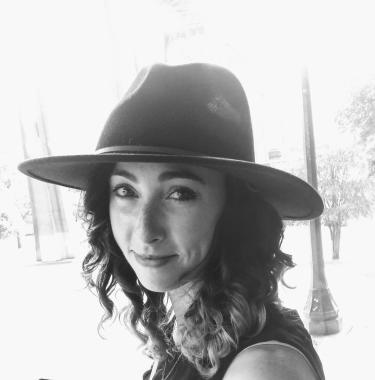 Katie Alaimo is a West Coast native who transplanted from Oregon to Colorado in 2014. She received her bachelor's degree in history with a minor in Spanish from George Fox University and a master of arts in photojournalism from the University of Missouri, Columbia.

Prior to beginning her doctoral studies, she crisscrossed the country working as a photojournalist, designer and copyeditor for small- and mid-sized newspapers, including the Kalamazoo Gazette, The Roseburg News-Review and Prairie Mountain Media in Boulder. Her work has also appeared in The Oregonian.

As a masters student she co-produced the multimedia project 100 Ages, A Century of Voices for the Columbia Missourian, which documented cross-generational perspective of life in Boone County, Missouri. Her master’s thesis investigated Native American stereotypes in legacy media with an accompanying photojournalism project on native teen suicide.

As a PhD student, Katie is interested in fusing her interests in visual storytelling, culture, environmental journalism and politics. Her most recent research has sought to better understand framing of non-governmental organization environmental messages on social media.

In her nonacademic life she is a runner and triathlete, nature photographer and avid traveler. On her most recent adventure she trekked the Salkantay Pass in Peru.