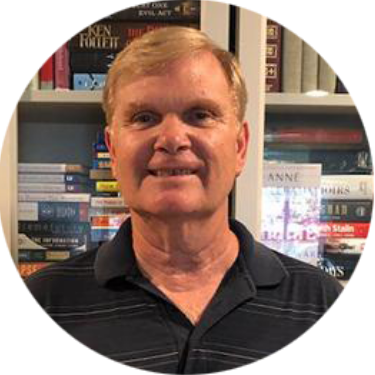 Doug Deuitch earned his BA in international relations at Hope College in 1982.  He enlisted in the Air Force in 1983 and spent 24.5 years in the service, retiring in late 2007. During his Air Force career, Doug had the good fortune to live in many places around the U.S., as well as serve overseas tours in England and Belgium. Except for two years in another career field, he spent all of his time working in Air Force Intelligence, supporting global operations and senior leaders as an analyst, briefer, advisor and leader.  Doug earned two master’s degrees. In 1992, he completed a MS in strategic intelligence at the National Intelligence University.  One year later, he finished a MA in foreign affairs through Catholic University of America.

Following his military retirement, Doug became a civil servant and led the standup of military intelligence organizations supporting satellite operations at Vandenberg Air Force Base, CA.  His teams focused on ensuring U.S. spacecraft were protected against threats from the actions of other countries and their militaries. They helped military commanders make timely decisions to ensure spacecraft were safe.

After serving the country for 34 years, Doug took a risk and joined the defense contractor General Dynamics in 2017, continuing to support space operations with his defense and intelligence experience. All good things must come to an end, and Doug left the company early in 2019. He and his wife, Barb, decided to move to Colorado to be close to family, and allow Doug to return to school while using the GI Bill. They are happy they made this move. It was time to do something different in life.