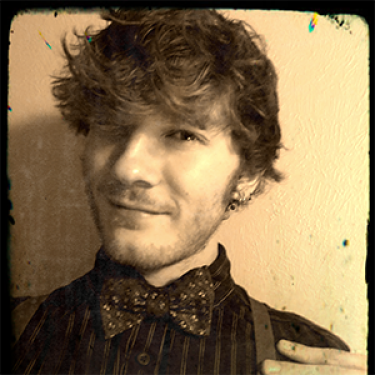 Born and raised in Boulder, Colorado, Danny Shanahan is a University of Colorado Boulder graduate with a BA in studio arts and a minor in the Technology, Arts and Media program. While in high school, Danny began focusing on two distinct areas of interest in creating artwork and learning about audio production. Watering both seeds over the years, his ideas eventually grew into full passions that led to multimedia projects and new connections. By choosing to stay for a fifth year of classes, Danny was able to diversify his undergraduate studies to gain further experience in audio production through the newly launched CMCI. During this time, he was also using video projection in a band. He learned to create live visual experiences and performed at venues, including the Fox Theater. After graduation, Danny realized that at the heart of all of his creative pursuits was the desire to tell stories and enhance the lives of others. He believes that story is the heart of the human experience, whether it be words on a page, light in your eyes or notes in your ears. The journalism department at CU is a great place to build on and expand these fundamental values. His goal is to combine his prior studies into multimedia projects that will bring stories to life and make waves. He plans to develop a brand and make a difference.