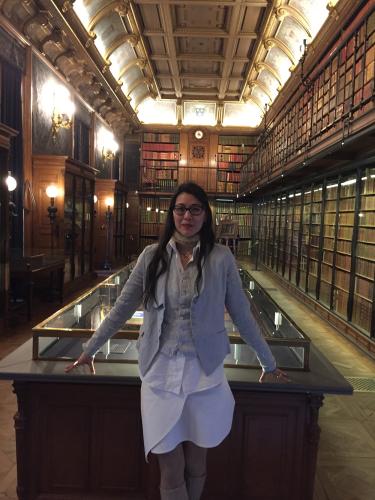 Angie Eng is a visual artist who works in experimental video, conceptual art and time-based performance. Eng was born in San Francisco California. She was trained as a painter (UC Santa Barbara) in the post-classical tradition. In 1993 she moved to New York City and soon discovered time-based arts. She became involved in the downtown electronic arts scene where she experimented with video sculptures, interactive installation and live video performance. She collaborated on numerous video performance projects and was involved in the first wave of new media art/web based art in the late 90’s with commissions from Turbulence (New Radio and Performing Arts) and the former Alternative Museum. Her experimentation with interactive installation began during her first solo show at Artists Space in 1997. She does not limit herself to one medium nor genre, but chooses the one that best fits her concepts ranging from nomadicism, psychogeographics, liminality, ecology, rituals and synchronicity.

She received her masters in contemporary design, media arts from Paris 8 with high honors for her thesis on remix culture. She lived 15 years in New York City before relocating to Paris for 10 years and in between living in Ethiopia where she directed an Arts program for AIDS education in partnership with VisualAIDS. She has been an art educator for marginalized youth for 15 years, as well as as web developer for as short stint during the 90’s. She is currently a European correspondent for AOA (Artist Organized Art) to support a critical dialogue between artists, art practice and dissemination via public events.