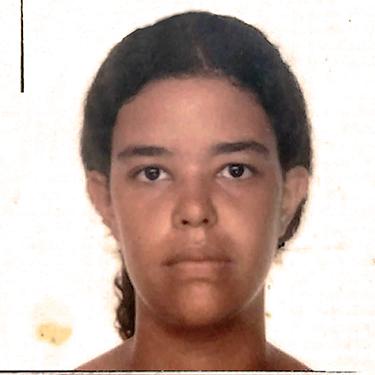 Renata Carvalho Barreto’s artistic practice and scholarly research address emerging onto-epistemological questions of the present in relation to the foundations of modern thought.

Through academic writing and reflection upon theory of history, postcolonial and decolonial studies, the use of archives, critical race theory, hermeneutics and philosophy, the artist constitutes a media art practice that seeks to engage and contribute to social critique. Manufacturing film, video and public art, Barreto discusses the historiographical and ethical implications of economical inequalities, juridical distortions, epistemological violence, archivistic tyrannies and art regimes. She has a BA in History (Universidade de Brasília) and a MFA in Film, Video, Animation and New Genres (University of Wisconsin Milwaukee). She is currently a second year PhD student at the Department of Critical Media Practices at University of Colorado Boulder.

Renata's research and practice focuses on the tension involving historiography, fictional narrative and poetry. She investigates and reinterprets in perspective the substance of audiovisual materials. Then, she translates them. Releasing the burden of memory, she seeks to contravene narrative normativity and conservative ways of making documentary film. She has been mixing old and new technologies to transform personal archives and found footage in an attempt to discuss authority, authorization, and authorship in subaltern contexts. Together with film and video practices, her academic unfolding in social sciences contributes to her considerations about the interplay between aesthetic and power. Exploring the institutional basis of modern Western society, she analyzes the possible uses of archival images and sounds through a postcolonial viewpoint, in an effort to expose the reproduction of reactionary ways of thinking throughout media, as well as daily life, in colonized spaces like the Latin and Anglo-Americas.

She has worked as a cinematographer and editor for CPCE, Center for Cultural and Educative Production at UnB, and has been a researcher at CEC, Center for Classical Studies at UnB. She has experience as a media archivist for IPHAN, National Institute of Artistic and Historical Heritage, Brasil. Before coming to the University of Colorado Boulder, she was a fellow researcher at the Institute for Inclusion in Research and Higher Education at UnB. Her work comprises film, video, public interventions and scholarly research.