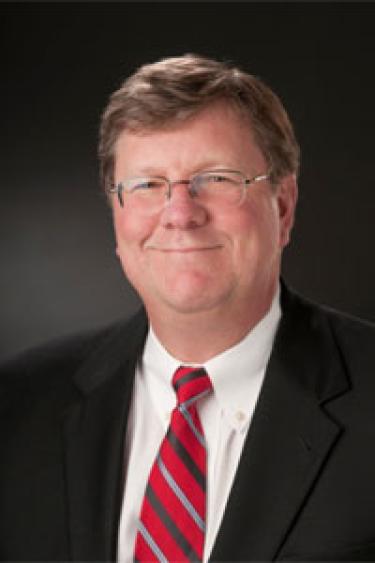 Robert D. Strain is the President of Ball Aerospace. Prior to assuming this role in March of 2013, he served as Chief Operating Officer of the company. Strain is known throughout the industry for his leadership in developing innovative solutions for critical civil and defense space programs enabling the realization of mission goals despite seemingly insurmountable fiscal, technical, and political challenges.

Strain joined Ball Aerospace in March of 2012 following his tenure as the Center Director of NASA's Goddard Space Flight Center. Strain assumed that post in August of 2008 and oversaw the success of more than 13 missions. This included the final Shuttle servicing mission to the Hubble Space Telescope and the successful restructure of the James Webb Space Telescope. He was awarded the Goddard Medal by the American Astronautical Society (AAS) for his contributions to science.

Prior to joining NASA, Strain was the head of the Space Department at the Johns Hopkins University Applied Physics Lab in Laurel, Maryland, where he was integral to the successful development, launch, and operations of the New Horizons Spacecraft to Pluto. Coincidentally, Ball Aerospace was also a key part of this team as the developer of the Ralph camera. While at APL, he was also responsible for the national security business area which made many significant contributions to the Department of Defense and other U.S. agencies.

Strain has more than 30 years of experience in the aerospace business, including executive positions at Orbital Sciences Corporation, where he led the company's Satellite and Electronic Sensors Divisions; Fairchild Space and Defense Company, for which he served as chief financial officer and in various other operational roles; and with Axiom Corporation.

He holds a bachelor’s degree in business administration from Western Michigan University.