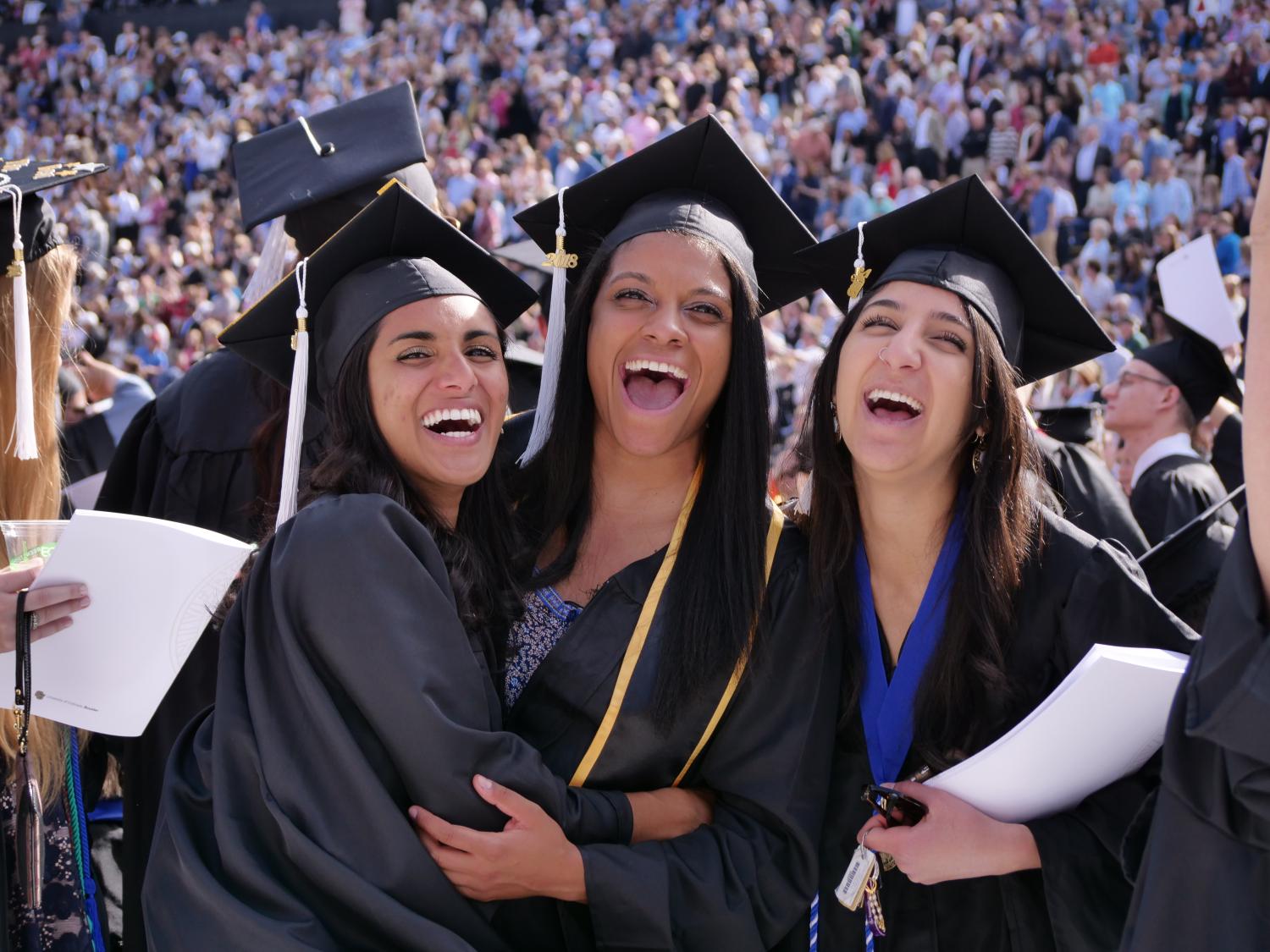 Graduates, members of the Board of Regents, President Benson, members of the faculty and staff, parents, distinguished guests, family and friends; it is my pleasure and honor to have the opportunity to address you today as the chancellor of the University of Colorado Boulder.

I know today's graduates join me in extending a special welcome to their family and friends, whose love and support have helped to make this day possible. Please join me in showing our appreciation for them.

With us today are many members of the faculty, who have guided and mentored these graduates. They have shared their time, knowledge and expertise to help each student reach this important milestone.

On your diploma, you will see the university seal, which depicts a torch in the hands of youth. You, as the next generation, will light our way. You will be our next leaders, scientists, teachers, entrepreneurs and citizens of the world. You will carry the torch for our nation and our world.

In your career at CU Boulder, you have learned valuable lessons in critical thinking, civil discourse, collaborative decision making and creative solutions—just as your commencement speaker, Gov. Kate Brown did, as a CU student.

You have learned to be well-rounded thinkers and problem-solvers regardless of your degree. You are flexible and adaptable in a rapidly changing world, prepared to be the leaders and innovators who will positively impact humanity.

You have been prepared for jobs that currently do not yet exist, using technologies that haven’t been invented, in order to solve problems that we don’t even know are problems yet.

The U.S. Department of Labor estimates that today’s learners will have 10 to 14 jobs by age 38.

You are not only prepared for your first job, but also for your fourth, fifth and sixth job.

We take a holistic view, developing the whole student and graduate, to be successful on whichever path they choose, and give them the ability to change paths.

Gov. Brown knows this well. Her degree at CU certainly prepared her to be an environmental conservationist. But she was also prepared to be a state legislator for 17 years, Oregon’s secretary of state for six years and, now, Oregon’s governor.

Our very first graduate Henry Drumm, 136 years ago, was a barber, newspaper reporter, teacher, legal clerk, real estate and insurance broker, railroad man, lawyer, mapmaker and publisher. He also was elected to the state legislator and served on the Boulder City Council. Mr. Drumm, by the way, stayed engaged with the university throughout his entire life, and I hope you will, too. He was our first Forever Buff.

Now, I would like to pause for a moment for something that is long overdue.

This year marks the 100th anniversary of the graduation of Lucile Berkeley Buchanan, the first African American woman to graduate from CU. In 1918 she was not permitted to participate in her graduation ceremony because of her race.

At this moment, we will posthumously honor Ms. Buchanan with her diploma.

The daughter of emancipated slaves, Ms. Buchanan earned her degree in German and served a long career as a school teacher. She lived in Denver until her death in 1989 at the age of 105.

On May 2 she was honored at the Colorado state capitol with an official state tribute.

I would like to ask University of Colorado Vice President and alumna Kathy Nesbitt to present Lucile Berkeley Buchanan’s long-overdue diploma.

Thank you, Vice President Nesbitt. And thank you to Professor McLean for uncovering the story of Ms. Buchanan, who was a lifelong educator and a role model for generations of students.

I am honored to announce that a new scholarship has been established in honor of Lucile Berkeley Buchanan. This scholarship will provide merit-based awards for students enrolled in the College of Arts and Sciences, who are committed to honoring her legacy of pursuing education and community service benefitting the black and African American communities.

This new scholarship is in addition to two others that exist in Ms. Buchanan’s name, in Women and Gender Studies and in German Studies. These scholarships all represent a dedication across our campus to honoring the pioneer and leader that was Lucile Berkeley Buchanan and to continuing her positive impact.

Now it is my great honor to introduce another pioneering CU alumna, Oregon Gov.  Kate Brown.

Gov. Brown earned her Bachelor of Arts in environmental conservation with a certificate in women’s studies from CU Boulder in 1981.

Since taking office in 2015, Gov. Brown has made significant strides for Oregon’s economy, including raising the minimum wage and investing in green energy, education and public transportation.

She served as Oregon’s secretary of state from 2009 to 2015 and previously served 17 years as a state legislator. In 2004 she was the first woman to serve as Oregon’s senate majority leader.

She embodies a spirit of public service that we so heartily endorse at CU. She inspires us to lead, innovate and make a difference in the world, as she has done herself.