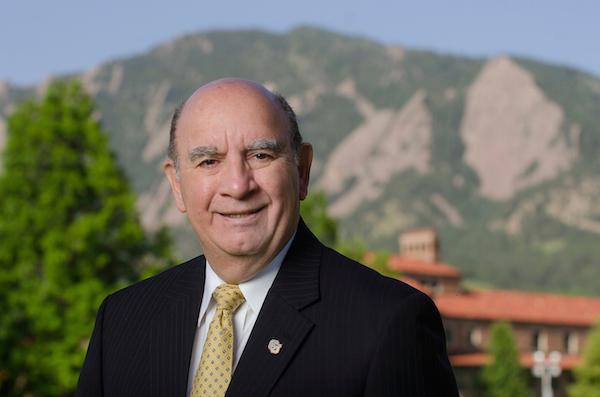 A welcoming and supportive environment for all our students is the foundation of my top campus priority of student success and the end goal of our Diversity and Inclusive Excellence Strategic Planning process. Students cannot succeed if they do not feel welcome and supported.

While CU-Boulder’s 21st annual Diversity and Inclusion Summit on Nov. 10-11 enabled the exchange of ideas about how to continuously improve campus climate for all students, faculty and staff, we encourage this conversation every day on campus. You can read my speech from the summit.

Veterans bring diversity to our campus 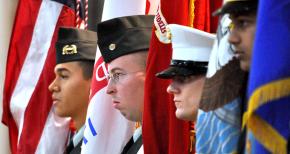 Our student veterans also bring great diversity to campus. We have a strong military community with more than 800 student veterans and we are very proud of them, not only for their service to our country, but also for their leadership on campus and for the example they set for all students.

The leadership, global perspective and life experiences that our student veterans bring to campus life, the classroom and student government are an important factor in CU-Boulder’s success. I articulated my feelings about this at our annual Veterans Day ceremony on Nov. 11.

Twenty hours before our Veterans Day ceremony this month we were delighted to receive the battleship bell from the first two USS Colorado warships that served during the Civil War and World War I. The bell is now on permanent loan to the university after being stored in a Naval warehouse for the last 100 years. 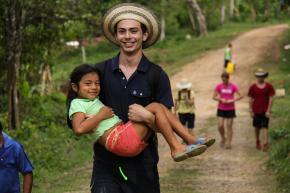 Arturo Freydig, a sophomore engineering student, lends a hand crossing the rainforest hills of  Las Delicias, Panama. The photo by  student Tyler Hanzel was a winner in the 2015 International Photo Contest sponsored by CU-Boulder’s Office of International Education.

Occasionally events around the world, as we have seen in Paris, can prompt concerns about safety. I’m pleased to report that no CU-Boulder students were harmed in the Paris attacks. Our thoughts and prayers are with the victims of the attack and their families. I continue to believe the understanding fostered by international exchange programs will triumph over the absolutism that prompted the attacks.

Cultural exchange and understanding are certainly at the foundation of our international education programs. CU-Boulder is No. 1 in Colorado for sending and receiving international students, according to an announcement this month by the Institute of International Education. 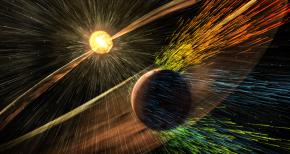 After just over a year in orbit, CU-Boulder’s Mars explorer MAVEN has found that solar wind stripped the planet’s atmosphere causing its climate to change. The finding could have implications for our own planet. (Artist rendering courtesy NASA).

More than 700 media outlets worldwide told the story this month of the latest findings from our Mars explorer MAVEN, which entered Martian orbit just 14 months ago.

MAVEN has already revealed that Mars’ once thick, earth-like atmosphere has been stripped away by solar wind, transitioning the Martian climate to a cold and arid planet. The story of its disappearing atmosphere could offer lessons for our own planet.

MAVEN was launched by our industry partner United Launch Alliance, based in Centennial, Colo. We’ve launched five missions with ULA, including MAVEN, since 2006 and now we’re honored to be part of a new ULA program offering free CubeSat launches for competitive university experiments and educational projects. A CubeSat is typically the size of a loaf of bread and weighs about as much as a gallon of milk.

The ULA program announced last week is open to all universities nationwide and we’re delighted that CU-Boulder students have been offered the first free CubeSat launch slot in 2017. 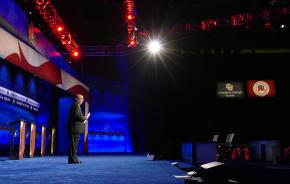 Many of our friends may be aware that we hosted the third Republican presidential debate on campus Oct. 28. More than 14 million people across the world watched the CNBC broadcast and saw striking images of our beautiful campus. More than 500 media outlets covered the event, generating more than 4,000 news stories that mentioned the CU-Boulder campus.

Although there were not as many student tickets available as we hoped, students attended and volunteered at the debate, met CNBC media professionals in their classrooms as well as candidates walking around campus, participated in rallies and attended a watch party in a packed Glenn Miller Ballroom that was extensively covered by our CU student media. It was a great day for civic engagement by our students. You can read my remarks to the debate audience.

State outreach is our calling card 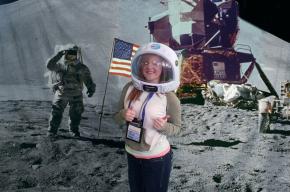 It’s always a joy to reach out to community leaders and Buff supporters statewide and that was true when we traveled to Sterling in eastern Colorado on Nov. 12. Sterling and the surrounding area are part of our community with more than two dozen students and more than 200 alumni. And we are part of their community with ongoing programs, including last month's Aerospace Day, which attracted 360 students from 12 rural school districts and a popular teacher-student STEM workshop. In addition, students and faculty helped create a master plan for the town of Haxtun over a 10-month period.

Our keynote speaker in Sterling was Brian Domitrovic, our third annual Visiting Scholar in Conservative Thought and Policy.

Raising a young family can be challenging. So is earning an engineering degree. We are making both possible for Rebecca and Daniel Gatt, a young couple in rural western Colorado through a partnership with Colorado Mesa University in Grand Junction that expands opportunities for engineering students on the Western Slope.

Watch their inspiring story in this video.

Students earn a bachelor’s degree in mechanical engineering from CU-Boulder at classes delivered at CMU. We have graduated 59 students in this program and half of all graduates work in engineering jobs in the area. The program fills a local workforce need, supports manufacturers in the community and makes new lives possible for students and their families like the Gatts. 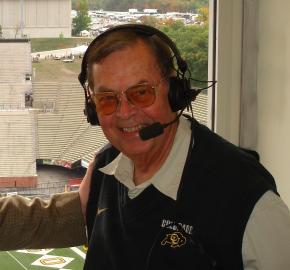 I have always felt a kinship with Buffs broadcaster Larry Zimmer because we share a love of the Buffs and we both began our work at CU-Boulder 42 years ago.

It was a special night on Nov. 13 when we invited Buff players from every era of his broadcasting career to celebrate his 80th birthday and his final home game announcing the Buffs. I think we surprised him because this legendary announcer was rendered speechless. You can read about his special evening and Larry’s reaction here:

A national championship, Big 8 and Big 12 championships, a Heisman Trophy, the Miracle in Michigan and countless other thrilling moments – thanks for the memories Zim.