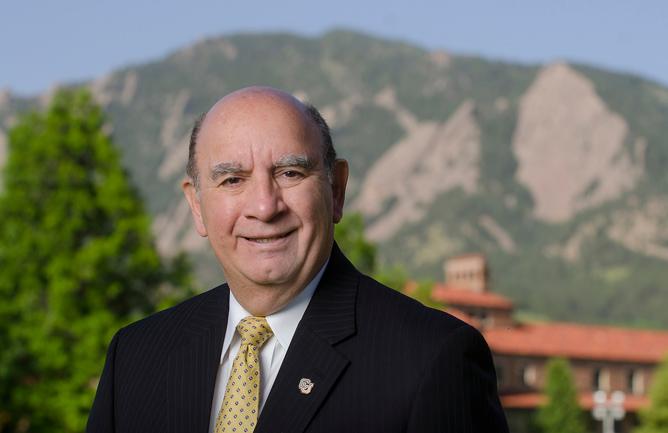 We are excited to extend our legacy of space research internationally by partnering with the United Arab Emirates on a mission to Mars in 2021. The Emirates Mars Mission, with CU-Boulder as the lead academic partner, will study the dynamic changes in the Red Planet's atmosphere over days and seasons.

The May 7 announcement comes on the heels of our successful MAVEN mission with NASA that entered Mars' orbit in September and immediately began feeding CU-Boulder students and scientists information to solve the mystery of Mars' disappearing atmosphere.

The UAE mission will include round-the-clock global weather mapping of Mars to better understand how surface weather changes the upper Martian atmosphere. Scientists are interested in how and why Mars—which has gone from a warm, wet planet to a cold, dry planet—is losing its oxygen and hydrogen into space.

The mission also will include a large emphasis on international education, something CU-Boulder is strengthening at a rapid pace. Education and outreach efforts are expected to reach thousands of K-12 students, undergraduates and graduate students around the world. 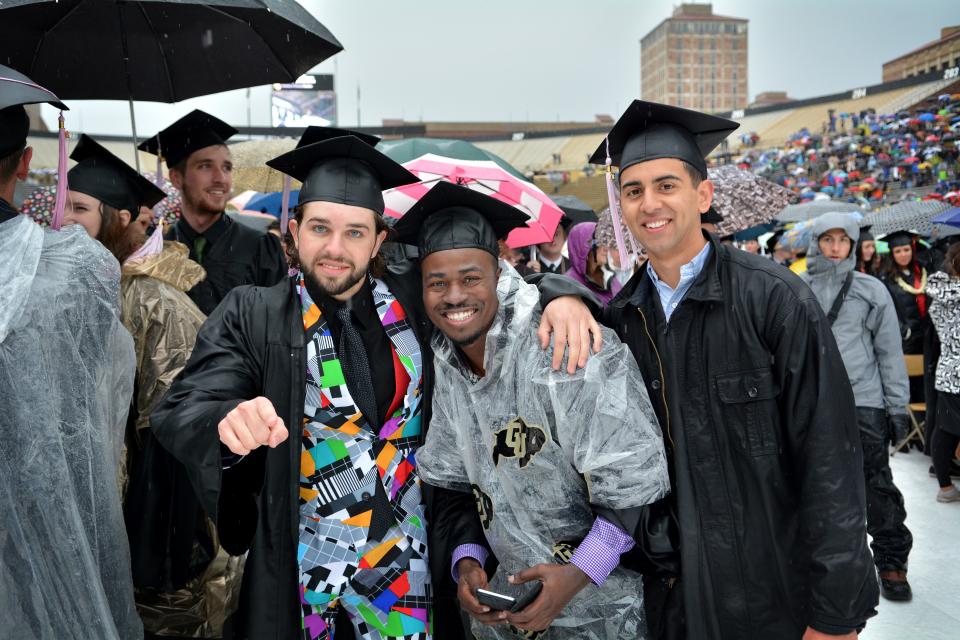 New CU-Boulder graduates celebrate on May 9 at Folsom Field.

Our 5,927 spring graduates and their families braved a rainy May 9 graduation ceremony at Folsom Field in celebration of their academic achievements. As students they worked collaboratively and across disciplines in undergraduate research, experiential learning and service learning. In the classroom they engaged in critical thinking and civil discourse. The result is a "360-degree employee," citizen and leader prepared for a talent-driven economy. You can read my speech here on how we prepare our graduates for success.

More than 11,600 employers recruit CU-Boulder students and graduates each year. We know that six months after graduation 95 percent of our graduates are employed, working in the military, doing volunteer work or are in graduate school. This year graduates are looking at the best job market in years.

Experiential learning is key to success 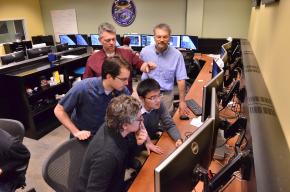 A key to our graduates' success is experiential learning. Allow me to show you three dramatic examples from this month alone.

Our students' cross-disciplinary work is shining through as students in physics, mechanical engineering, aeronautics and astrophysical sciences are exploring the solar system with a key CU-Boulder instrument on NASA's piano-sized New Horizons spacecraft streaking toward Pluto.

At the time of launch nine years ago, it was the only student-led instrument on any interplanetary mission, and it has gone farther from Earth than any other, as this story in The New York Times explains.

In another space mission, 18 CU-Boulder students are managing NASA's Kepler space probe as it orbits the sun 55 million miles from Earth searching for new planets in the solar system. It's a heady responsibility for 20-year-olds like Maggie Williams, featured in this USA Today story.

Three weeks ago, a team of advertising students won six awards in a prestigious international advertising contest in New York, the most awards collected by any U.S. public university.

We know that hands-on learning is a key component of student success, so we are working hard as a team to provide as much of this direct experience as possible. 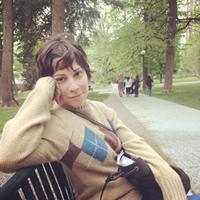 Alexis Almeida will study in Argentina. 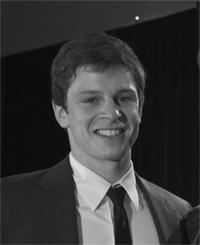 Ten CU-Boulder graduate students or alumni have been offered Fulbright grants to pursue teaching, research and graduate studies abroad next year. The work of these students and their contributions to the global community are inspiring. As ambassadors of CU-Boulder, they are bettering the world while setting an exciting path forward for their own lives and careers.

Fulbright students are selected on the basis of academic and professional achievement, as well as leadership potential in their fields. About 155 CU-Boulder students have received Fulbright offers since 1978. 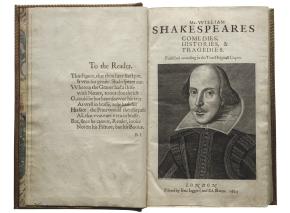 A copy of the First Folio, the first published collection of Shakespeare's 36 plays, will be on display at CU in August 2016.

We are thrilled that a rare copy of the First Folio, the first published collection of William Shakespeare's 36 plays, will be on display on campus for three weeks in August 2016 as part of an American tour to commemorate 400 years since Shakespeare's death. The collection was published in 1623. CU-Boulder is honored to host this literary treasure in Colorado following collaboration among six campus entities to apply for this great opportunity. Stay tuned for details.

On a related note, this gives me the opportunity to invite you to the 2015 Colorado Shakespeare Festival June 5-Aug. 9 in the beautiful Mary Rippon Outdoor Theatre and in the University Theatre Building (indoor), both in the heart of campus. The Colorado Shakespeare Festival is a professional theater company in association with CU-Boulder since 1958. Please join us for a play—or all five—in the summer 2015 season.

I am pleased that The Washington Post announced the inaugural winners of a school recognition project launched by CU-Boulder's School of Education National Education Policy Center. The Schools of Opportunity project highlights research-based practices designed to expand student opportunity rather than simply focusing on student test scores. The program was piloted in Colorado and New York in 2014-15 and will include schools nationwide next school year.

Official starter of the Bolder Boulder 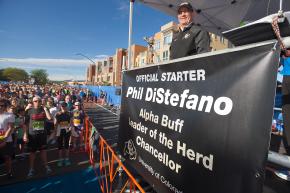 Chancellor DiStefano was the official starter of the Bolder Boulder on May 25, commemorating a 35-year partnership between CU-Boulder and the iconic Memorial Day 10K.

I joked that as the official starter of the Bolder Boulder I wouldn't have to run. All kidding aside, it was an honor to be the official race starter of the world-renowned 10K race that attracts 50,000 runners to Boulder and an estimated 100,000 people to campus. The race finishes with a flourish at Folsom Field. This year we proudly celebrated a 35-year partnership with the Bolder Boulder.

CU-Boulder's club sports teams perform at an exceptional level on a national stage and our club triathlon team epitomizes that success. The triathlon team won its sixth straight national championship this spring and has been crowned national champs 19 of the last 22 years as detailed in this report by the student-produced online publication CU Independent.

Champions on the field and in the classroom 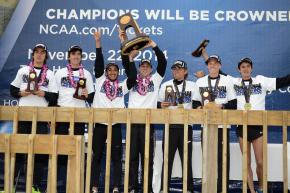 The men's cross country team turned a rare feat, winning the national championship and the NCAA's academic award in the same year.

Academic and athletic success at CU are not mutually exclusive and the men's cross country team is certainly an example. The team, which captured its second straight NCAA national championship in November, was honored this month with the ultimate NCAA academic honor for a team – the APR Public Recognition Award. This award honors teams that are committed to academic progress and retention of student-athletes by achieving the top Academic Progress Rate within their sport.

Then on Wednesday we learned that for the fifth consecutive year our Academic Progress Rate for our student-athletes averaged across all sports is the highest in school history since the NCAA's Academic Performance Program was introduced in 2003.

Boulder Daily Camera, May 27: "CU's proactive approach pays off with impressive academic scores; Latest results show some teams at or near perfection"

CU's 11th Athletic Hall of Fame class to be inducted in November features a diverse group of 11 Buffalo legends who all left indelible marks, and many who went on to do great things once their college playing days were over.

The 11 represent nine sports over a period that spans from the late 1930s to the mid-2000s. Included in the group are three of the most dominant players in our basketball history—two men and one woman—and the most valuable player of CU’s 1990 national championship football team.

CUBuffs.com, May 11: "Athletic Hall Of Fame To Welcome 11 Buff Legends"

Our cross country team, triathletes, 10 Fulbright Scholars, 5,927 spring graduates and Hall of Fame class epitomize who we are. Go Buffs!