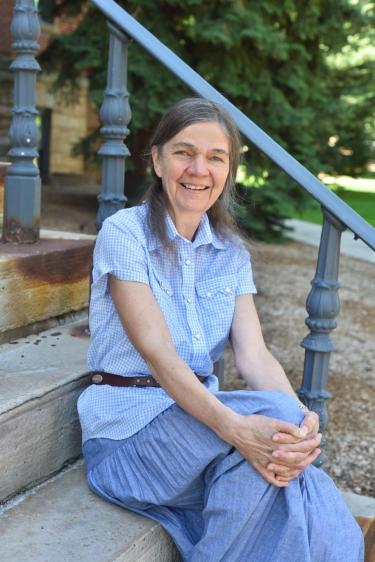 Faculty Director • Chair of the Board • Professor • Department of History
College of Arts & Sciences
patrica.limerick@centerwest.org
303-375-0104

In 1986, Limerick and CU Law Professor Charles Wilkinson founded the Center of the American West, and since 1995 it has been her primary point of affiliation. During her tenure, the Center has published a number of books, including the influential Atlas of the New West (1997), and a series of lively, balanced, and to-the-point reports on compelling Western issues, including What Every Westerner Should Know About Energy (2003), Cleaning Up Abandoned Hardrock Mines in the West (2006), and What Every Westerner Should Know About Energy Efficiency and Conservation (2007). The Center’s film, The Lover’s Guide to the West, offering counseling to the American public on its “troubled relationship with fossil fuels,” debuted on Rocky Mountain PBS in April 2010. Limerick and Center staff are currently working on several projects, including a book about the role of the Department of Interior in the West, based on the “Inside Interior” series of interviews hosted by the Center between 2004 and 2006. Under her leadership, the Center of the American West serves as a forum committed to the civil, respectful, problem-solving exploration of important, often contentious, public issues. In an era of political polarization and contention, the Center strives to bring out “the better angels of our nature” by appealing to our common loyalties and hopes as Westerners.