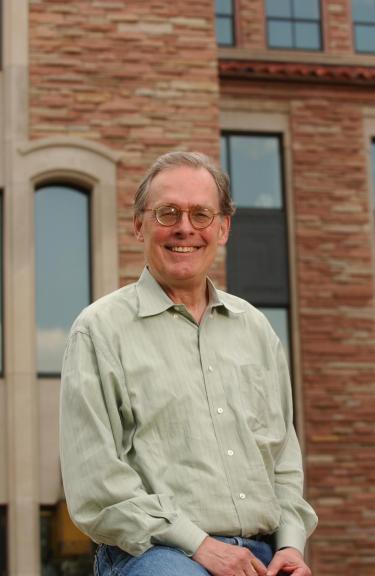 Prior to joining the faculty of the CU Law School, Charles Wilkinson practiced law with private firms in Phoenix and San Francisco and then with the Native American Rights Fund. In 1975, he became a Law Professor, teaching at the law schools of the University of Oregon, Michigan, and Minnesota before moving to Colorado in 1987.

Professor Wilkinson has received teaching awards from his students at all three law schools where he has taught, and the Universities of Colorado and Oregon have given him their highest awards for leadership, scholarship, and teaching. He has also won acclamation from non-academic organizations. The National Wildlife Federation presented him with its National Conservation Award, and in its 10-year anniversary issue, Outside Magazine named him one of 15 “People to Watch,” calling him “the West’s leading authority on natural resources law.” He has served on several boards, including The Wilderness Society, Northern Lights Institute, and the Center of the American West at the University of Colorado.

Charles Wilkinson has also been named as Distinguished Professor, one of just twenty-five on the University of Colorado-Boulder campus. After graduating from Stanford Law School and practicing with Phoenix and San Francisco firms, Wilkinson joined the Native American Rights Fund in 1971 as a staff attorney. Since 1975, he has taught at the Oregon and Colorado law schools, receiving many teaching and research awards.

His fourteen books include the standard law casebooks on Indian Law and Federal Public Land Law. He has also authored general audience books such as Crossing the Next Meridian: Land, Water, and the Future of the West(1992); The Eagle Bird: Mapping a New West(1992); Fire on the Plateau: Conquest and Endurance in the American Southwest(1999); Messages from Frank’s Landing: a Story of Salmon, Treaties, and the Indian way (2000); Blood Struggle: The Rise of Modern Indian Nations(2005); and The People Are Dancing Again: The History of the Siletz Tribe of Western Oregon (2010).

Over the years, Wilkinson has taken on many special assignments for the US Departments of Interior, Agriculture, and Justice. He served as special counsel to the Interior Department for the drafting of the Presidential Proclamation, signed by President Clinton in September 1996, establishing the Grand Staircase-Escalante National Monument in Utah. He acted as the facilitator in negotiations between the National Park Service and the Timbisha Shoshone Tribe concerning a tribal land base in Death Valley National Park; in 2000, Congress enacted legislation ratifying the resulting agreement. In 2004, he served as the mediator in successful negotiations, involving salmon runs in the Cedar River, between the City of Seattle and the Muckleshoot Indian Tribe. He served as Special Advisor to the Bears Ears Inter-Tribal Coalition in regard to the creation of the Bears Ears National Monument, proclaimed by President Obama in 2016.