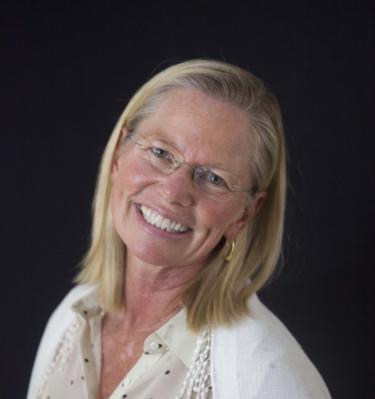 Mary Beth Lewis is a Senior Instructor of Marketing at Leeds School of Business at University of Colorado at Boulder and was previously an Instructor of Accounting and Director of the Daniels Fund Ethics Initiative at Colorado State University College of Business. Her courses in various areas of business combine rigorous academic material with practical and industry application drawn from her more than 25 years of professional experience.

From 2007 to 2009, Lewis was CFO of Fresh Produce Sportswear, Inc., www.freshproduceclothes.com a Boulder, CO based wholesaler and retailer of a unique line of comfortable, colorful women’s clothing. During her tenure there, she re-financed the Company’s $10 million working capital line of credit during a period of economic downturn and tight credit markets, led operational restructuring efforts including $3.5 million in payroll savings and a $5.0 million reduction in excess/obsolete inventory write-downs, and guided the accounting and finance functions in the development of systems and reporting to support the business strategy and operations.

From 2001 to 2005, Lewis was CFO of Noodles & Company www.noodles.com, a Boulder, CO based chain of fast-casual restaurants serving internationally-inspired noodle cuisine. In support of the Company’s growth from approximately 30 to 100 stores during that time, Lewis raised $10 million in private equity and refinanced the Company’s bank debt from $8 million to $35 million, worked as a key member of the executive team in setting expansion strategy and directed the finance, accounting, information technology and legal departments.

Lewis was CFO of Wild Oats Markets, Inc. from 1992 to 2001, during which time the Company grew from eight stores in two states with $36 million in revenues to 109 stores in 23 states with $840 million in revenues. In addition to overseeing the accounting, finance, benefits, and risk management departments, her accomplishments include managing successful initial and secondary public offerings and financing business growth through private equity placements and bank debt, raising an aggregate of approximately $250 million in capital, and assisting the CEO and legal team in numerous acquisition transactions. She was also managed investor relations with research analysts, investment bankers, commercial banks and venture capitalists.

Prior to her experience at Wild Oats Markets, Lewis was a CPA with Price Waterhouse from 1986 to 1992 in Pittsburgh, PA and Denver, CO, most recently as an audit manager for middle market and growing companies. While there, she specialized in audit, tax and management services for high-growth, entrepreneurial companies. Her earliest professional experience included five years as a restaurant manager with Red Bull Inns of America, in Pittsburgh, PA.