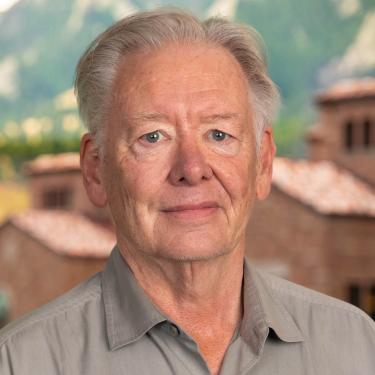 Andrew Clark is an instructor in the Finance department of the Leeds School of Business. Prior to joining the school, Andrew spent 35 years working in finance, first at Citibank and then at Thomson Reuters. While at Citibank Andrew held a variety of roles including Senior Risk Manager for the New York Sales and Trading Desks, Chief of Staff to the Global Head of Sales and Trading, Managing Director (MD) of the short-term Treasury desk and MD of the MBS/ABS desk.  At Thomson Reuters, Andrew worked first for Lipper (a subsidiary of Reuters) where he was manager of the U.S. mutual fund research team and then became, in addition to his U.S. role, Reuter’s Global Manager of Asset Management Research.  When Thomson acquired Reuters, Andrew was named Chief Index Strategist for the Thomson Reuters Index business.

While at Lipper, Andrew was one of the firm’s two main spokespersons to the media about the U.S. and international stock and bond markets. He was a regular participant on both CNBC and CNNfn and was often quoted in the New York Times, the Wall Street Journal and the Financial Times as well as other media outlets in the U.S., Europe and Asia.  He was one of the authors of Lipper’s weekly, monthly and quarterly market summaries and one of the innovators of Lipper Leaders, the firm’s mutual fund ranking tool.

Most of Andrew’s research over the years has been focused on applying probability theory and dynamical systems theory so to better understand markets.  His work has been published in several journals, he has spoken at more than 60 conferences (both professional and academic), has received best paper awards and has written four book chapters.  While at Thomson Reuters, his research was granted two patents, the first on how to forecast realized volatility and the second on the use of multiobjective evolutionary algorithms when investing.