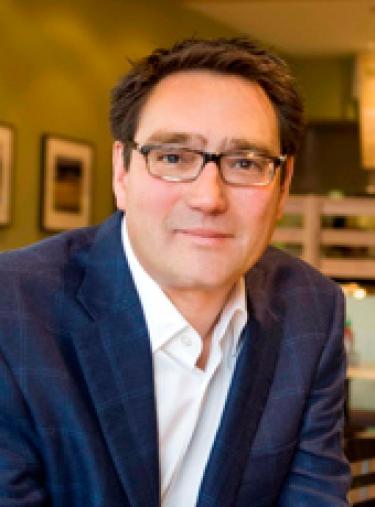 Chairman and CEO
Noodles and Company

Kevin Reddy began his impressive 25+ year career in the restaurant industry as a cook at McDonald's as a young teen and now runs one of the most successful fast casual concepts in the country. He joined Noodles & Company as president in April 2005, was named CEO in May 2006 and chairman in May 2008. He provides leadership for more than 380 company and franchise owned restaurants in 29 states and the District of Columbia. In addition, he serves and has served on various nonprofit and for-profit boards of directors.

Kevin is passionate about creating a "genuine" experience by serving fresh and wholesome food, and building strong personal relationships with guests and communities. Kevin's vision is evident in the experience being delivered in each Noodles & Company restaurant every day. His high standards and expectations of strategic thinking, aligned with disciplined execution, are critical to successful growth in any economic environment.

Prior to joining Noodles & Company, Kevin was Chipotle Mexican Grill's chief operating officer, chief operations officer and restaurant support officer. He was the company's first hire when it had just 13 locations in one major market after McDonald's purchased a majority stake in 1998. Kevin was instrumental in designing and building the infrastructure and culture to propel Chipotle to 420 units in 22 states in just seven years.

Kevin began his professional career with McDonald's in 1983 where he began as regional controller and moved into positions of escalating responsibility, including domestic field management, international staff management and home office operations positions. While at McDonald's, he gained significant experience in company and franchise operations, and other critical disciplines including real estate, marketing and finance. All of which aided his successful leadership role as senior regional manager responsible for more than 310 restaurants representing more than $420 million in sales.

Under his direction, Noodles & Company has been the recipient of several notable awards including the Nation's Restaurant News Menu Masters Award for best menu extension as well as a Golden Chain Award winner. The company was named a top family friendly restaurant by Parents Magazine and one of America's healthiest fast-food restaurants by Health magazine. In 2008, ColoradoBiz magazine named Noodles & Company a Top Company of the Year and for several years running, the company has been included on Inc. Magazine'sprestigious Inc. 5000 list.