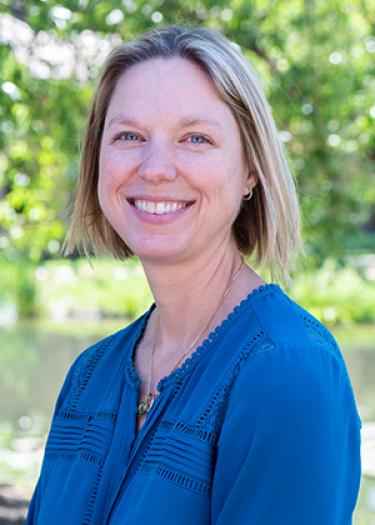 Manager of Dean's Office Operations
Office of the Dean
Kati.Clendening@Colorado.edu
303-492-1809

Kati Clendening serves as the Executive Assistant to the Dean at the Leeds School of Business. She was born in a small town outside of Dallas, Texas and spent most of her childhood there. Her father worked as a Telecommunications Engineer at Fujitsu. When Kati was 11 years old, her father was approached with an opportunity to head a team at Fujitsu in Tokyo, Japan. He took the opportunity and moved the whole family (3 kids and wife) to Tokyo for 3 years. Kati attended International school in Tokyo and considers this to be one of the most amazing experiences of her childhood. It gave her an interesting new perspective of the world and other cultures. The family moved back to the same small town outside of Dallas after the 3 years abroad and Kati attended high school and college in Texas. She holds a Bachelor of Science in Business Administration (BSBA) from the University of Texas at Dallas (her father’s alma mater). After college, Kati travelled around the US a bit, living in St. Louis, Washington, D.C., Colorado Springs, and eventually landed in Boulder in 2010. Since arriving in Boulder, Kati continued her career as an Executive and Personal Assistant with a software entrepreneur in Boulder. The startup that she was working for was eventually purchased by Seagate in Longmont. Kati continued to work her way up to Chief of Staff of the software organization at Seagate. Kati most recently spent some time as Chief of Staff at an innovative solar startup in downtown Denver focusing on the needs of the Founder and CEO and helping bring community solar options to the Colorado and Minnesota markets.

After spending a year living in downtown Denver, Kati wanted to be back in Boulder. Kati sought out a position at Leeds due to her appreciation of education and her soft spot for business schools. Kati is dedicated to keeping people organized and on schedule as well as creating more efficient processes. She is passionate for her role, loves all the interaction with our incredible students and enjoys helping make Leeds an amazing business school. In her free time, she loves to read, practice yoga, cook and spend time with friends and family.