With an increase in business filings in Colorado through the first quarter of 2015 -- including new business filings, existing entity renewals and trade name registrations -- employment in the state is expected to keep growing during the second and third quarters of the year according to the Q1 2015 quarterly indicators report prepared for the Colorado Secretary of State. 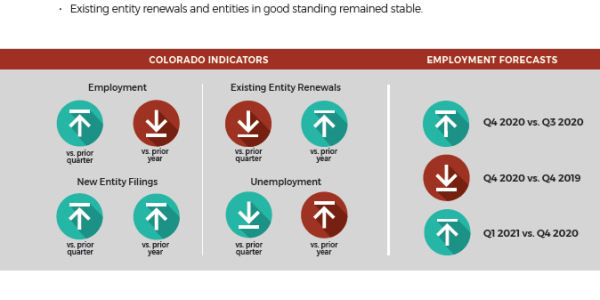 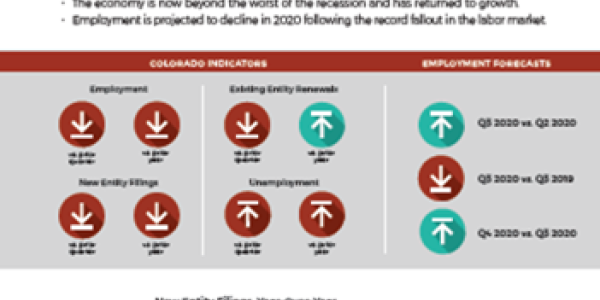 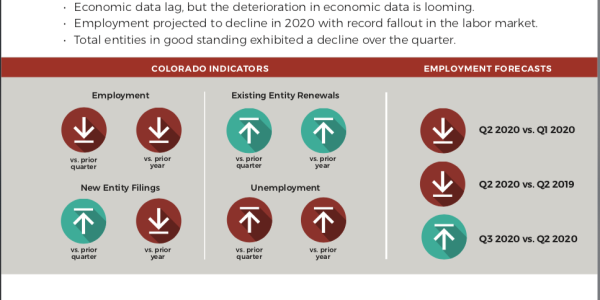 The latest Colorado Secretary of State Quarterly Business and Economic Indicators report shows continued a... END_OF_DOCUMENT_TOKEN_TO_BE_REPLACED
Return to the top of the page